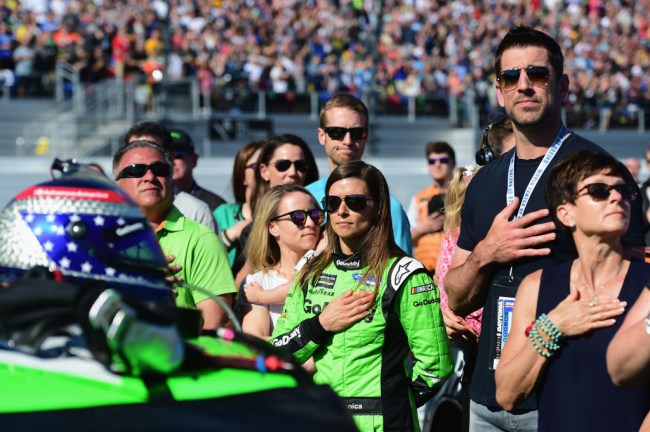 Last season during Donald Trump’s feud with NFL players over national anthem protests Aaron Rodgers was pretty vocal in his support of players speaking out and openly talking about politics.

“This has been a galvanizing situation for us. In the locker room there’s been — and outside the locker room if you saw Jordy’s comments — there’s been some great conversations that have been started,. “As much as some people want us to just shut up and play football and keep the politics to politics, sports and politics have always intersected.

It seems Danica Patrick’s father isn’t a fan of anthem protests and took a swipe at Rodgers with this Facebook picture of the Packers QB joining in on the national anthem during the Daytona 500.

There’s no kneeling in Nascar. Hand over heart

I’m sure it’s going to be a fun Thanksgiving at the Patrick household when Aaron Rodgers decides to come over.