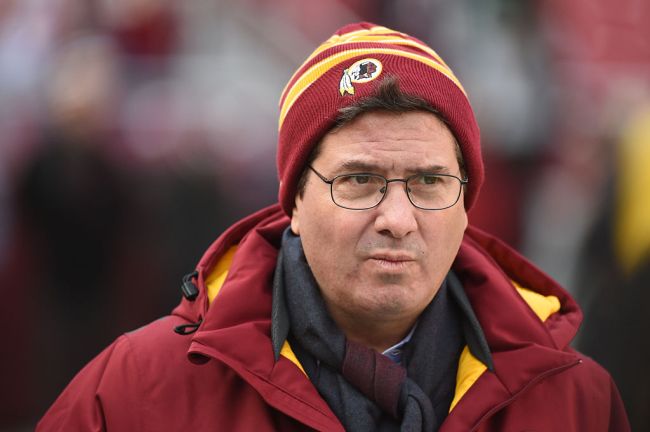 Daniel Snyder, the owner of the perpetually controversial Washington Football Team, worked to disrupt the NFL’s investigation into his franchise, according to a report from The Washington Post.

As the report from The Washington Post states, Snyder, the billionaire who bought the then-Washington Redskins back in 1999, had his attorneys attempt to prevent Beth Wilkinson — the D.C. lawyer who D.C. attorney who was investigating allegations of rampant sexual harassment in the franchise — “from speaking to Snyder’s accuser.”

The alleged effort to block the interview is one of several instances in which lawyers and private investigators working on Snyder’s behalf took steps that potential witnesses for Wilkinson viewed as attempts to interfere with the NFL’s investigation, according to a review of hundreds of pages of court records and interviews with more than 30 people, including current and former team and league officials. [via The Washington Post]

The allegations of Snyder’s interference come despite the 57-year-old previously publicly promising to cooperate “with all aspects of the investigation.”

In addition to blocking interviews with his accusers, reports indicate that private investigators working for Snyder “showed up uninvited at the homes of several former employees or contacted their friends and relatives.” Those who were visited and/or contacted by these private investigators felt these were attempts at intimidation in an effort to “discourage former employees from participating in the NFL’s investigation.”

The Washington Post‘s extensive report, which includes clippings of court filings, spans all the way back to 2009 and up until 2021. The allegations against Snyder and the Washington Football Team resurfaced earlier this year as a result of leaked emails that resulted in the ousting of Las Vegas Raiders head coach Jon Gruden, who was found to have made homophobic/transphobic/sexist remarks in communications with then Washington Football Team president Bruce Allen, who was fired in 2019.

As a result of these leaks, members of Congress have now begun to take interest in the investigation, as Democratic leaders, in November 2021, indicated that they were not “fully satisfied with the league’s initial response” to the allegations.

At this time, neither Snyder nor his lawyers have responded to The Washington Post‘s findings in this latest report.