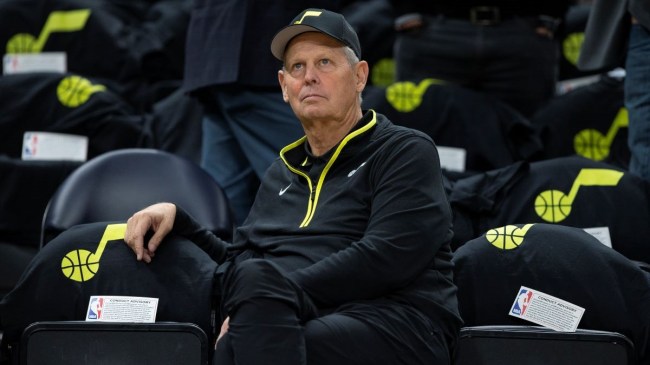 The Utah Jazz are one of the worst teams in the NBA in the 20222-23 season. Or, at least, that’s how we all thought it would go. The Jazz had a firesale in the offseason, trading away franchise cornerstones Rudy Gobert and Donovan Mitchell.

Those trades put Utah at the bottom of most preseason NBA power rankings and toward the top of the sweepstakes for 2023 NBA Draft gem Victor Wembanyama.

But it hasn’t quite played out that way in the early going of the new season. In fact, it’s been quite the opposite. Utah, somewhat shockingly, sits atop the NBA’s Western Conference with a 10-3 season. They rank in the top 10 both on offense and defense and rookie head coach Will Hardy is quickly establishing himself as one of the league’s best.

Which begs the question. Is this what CEO Danny Ainge had in mind? Ainge stripped the team of its two best players and many feel the Jazz’s best path back to truly contending is by drafting a superstar. But that becomes much harder without a top pick and many feel this success star may be angering Ainge.

He shut down all that talk recently in a discussion with Chris Mannix of Sports Illustrated.

Mannix himself states that the point of the Jazz season wasn’t to win, but rather to be so bad as to have a good shot at drafting Wembanyama.

Column: “I mean, come on.” Danny Ainge talks to @SInow about the Jazz’s surprising start — and if he is happy about it https://t.co/yW3JbpvRku pic.twitter.com/XDsUEg4xGL

But Ainge almost seemed insulted by the idea that he wouldn’t be happy with the team’s success.

I mean, come on,” Ainge says. “Who would say that? And who would I ever have told that to? Just think about that for a second.”

“I’m not commenting on other people’s comments,” says Ainge. “It’s assumed that’s how I feel? Give me a break. I’ve been accused of [building teams to lose] before. It’s never been true.”

Ainge did say that he was surprised by just how well the team has gelled in the early season and pointed to Hardy as the reason for that success. He also did not rule out trade deadline deals, either as buyers or sellers.

But for now, it’s clear he’s going to sit back and enjoy as his team racks up victories.