Pro Surfer’s Lost Surfboard Rediscovered 4 Years Later And 1,700 Miles Away In Another Country 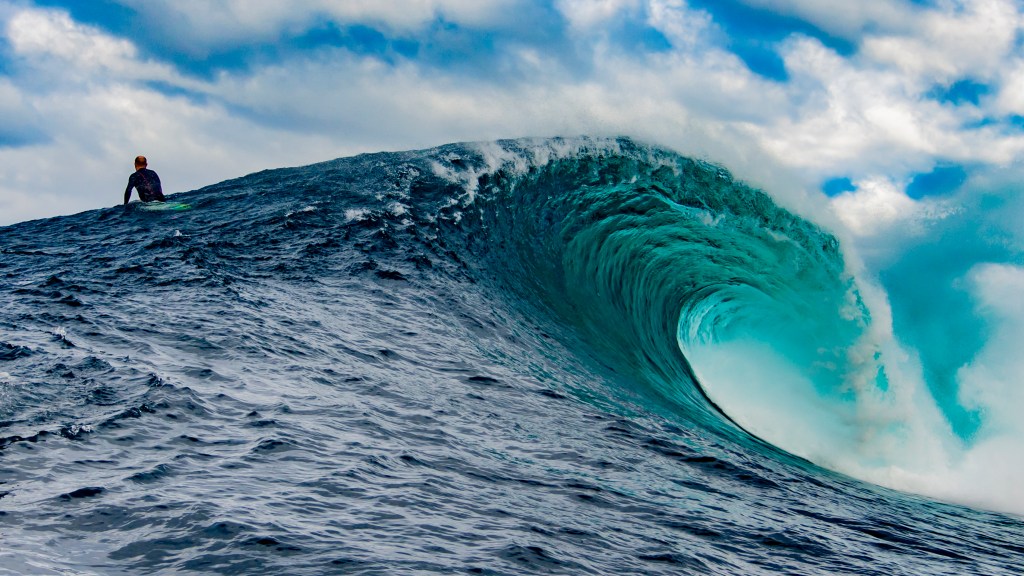 For anyone that’s ever lost a favorite something (hat, surfboard, sunglasses, etc) in the ocean this is a story of hope. I’ve lost more than a handful of my favorite sunglasses and hats over the years and I like to imagine they’re all out there floating around waiting for me to find them one day so they make their way back home. That’s kind of what happened here with pro surfer Danny Griffiths’ surfboard.

Danny lost his favorite surfboard on Tasmania’s South Coast back in 2017 after wiping out on a huge wave. The surfboard was a very distinct shade of green. He loved it. I get that. And it was gone. He moved on … Or did he? Here he is riding that board back in 2017:

Four years later and 2,700 kilometers away (about 1,700 miles), the easily identifiable board has been rediscovered in the craziest of ways. The board left Tasmania’s South Coast, probably floated past New Zealand, and somehow wound up in Australia. It was completely covered in barnacles which made it look awesome. Then it was found by some bros who brought it home and turned it into wall art. Then by the most random of occurrences, the topic came up in discussion and someone randomly connected the dots. Boom. The mystery has been solved.

There are so many moving parts in this awesome story but let’s start with how the board was lost:

“There were about five of us surfing, and on my very last wave, I had to jump off at the end as it was one of the bigger waves of the day. It had closed down and started breaking towards me,” he said. “We had a boat and a couple of jet skis looking for it for two or three hours. “It was always my favourite big wave board, it went amazing and it was made by a local shaper down here. It was pretty devastating I lost it.” (via ABC News Australia)

So at this point, they believe the board is lost and gone forever. But an estimated 16 months after he wiped out on that wave, the board washed ashore on Magnetic Island in northern Queensland. It was found by two fishermen who liked the way it looked all covered in barnacles and brought it home and displayed it on the wall. They apparently took to social media at first to try and find the owner but didn’t have luck.

The cool piece of art became a common talking point over the years and a random discussion led to the realization of what the fishermen had found:

The board apparently became an icebreaker over the years because while on a trip to Tasmania, their parents just so happened to tell a few locals about their sons’ discovery. Small world, right? Those locals quickly pieced together that the bright green board they were hearing about must’ve belonged to Griffiths.

“Even with the barnacles on it, I knew straight away,” he said. “All my big wave tow boards are straight fluoro green, and there are not that many big wave surfers around Australia. Everyone puts their straps on different. And the logo on it – they are a pretty small-known surfboard shaper here in Tasmania.” (via The Inertia)

There are ten million different ways that conversation could’ve gone but I imagine the topic of surfing came up and the parents wanted to feel included in the conversation so they brought up the unique surfboard that had been found.

ABC News Australia spoke with oceanographer Edward Doddridge about how this lost surfboard could’ve possibly floated from Tasmania to Australia and past New Zealand and he shed some light on the possible path the board might’ve taken over the years, calling this discovering ‘really surprising’.

“The big current that comes along the east Australian coast goes north to south, which means this board must have come some other way,” Dr Doddridge said. “It can’t have gone up past Victoria and New South Wales. It must have gone the long way round.” Dr Doddridge said it was impossible to know exactly how the board travelled, but said it seemed the only way was for it to go past New Zealand. “It must have gone east from Tasmania and then north up through the middle of the Pacific Ocean and then come back in towards the Australian coast,” he said. (via ABC News Australia)

I’m trying to think of this in terms that might make sense in USA geography and I’m at a loss. Maybe something leaving Alaska, swinging by Russia, and winding up in California. Or a lost surfboard in NYC somehow making its way to Alabama after swinging around Florida. It’s just a wild path the board must’ve taken.

As for what’s next, he told ABC the “every board I’ve had built, to try and copy it, has never been the same and never worked the same,” and he’s now hopeful that he’ll be able to have the rediscovered surfboard shipped home for a joyous reunion.