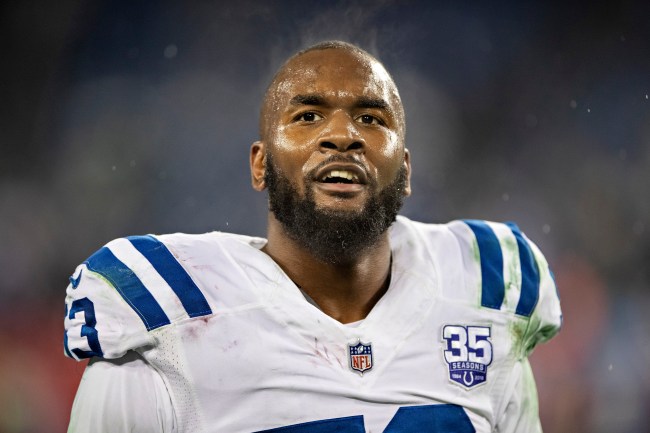 Colts First Team All-Pro linebacker Darius Leonard could have easily veered off track and settled for a darker, less virtuous life. The 23-year-old grew up one of nine kids in Lake View, South Carolina, where the median household income is less than $30,000. The older brother Darius idolized was killed after being leveled from behind during a fight at a nightclub when he was a teenager, causing Darius to cycle through grief counselors and drop weight by refusing to eat.

In middle school, two of his older brothers were arrested and sentenced to life in prison for murder.

Against all odds, Darius Leonard willed himself to become one of the NFL’s best defensive players, becoming the league’s tackle leader in 2018 en route to becoming the NFL Defensive Rookie of the Year.

Now, the South Carolina State product is being dubbed an “angel” by a woman who he helped get back on the road after her car tire burst.

Martha Isbell filmed Leonard at work and posted it to social media.

@Colts Darius Leonard continues to be an outstanding player on and off the field. So thankful to God that he stopped and helped me. Much love! pic.twitter.com/EKdmpCdYbH

“No problem,” Leonard can be heard saying after Martha expresses her appreciation.

Kind of ironic the dude knows how to change his tire seeing as his entire childhood he had to run a mile and a half to his school’s gym because he never had a car.

What a stud. The Colts scored an absolute steal in the second round.