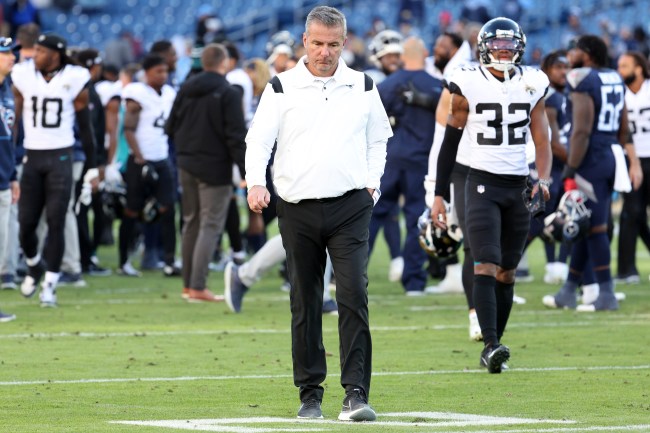 News broke late last night that Urban Meyer had been fired by the Jacksonville Jaguars. It was not a move that surprised anybody, but how it actually played out may come as a surprise to some.

They game planned without him.

It really says a lot about the current state of the Jaguars organization that everybody was so unaffected by his absence that they just proceeded to gameplan without him.

It’s just another disappointing chapter in Urban Meyer’s time in Jacksonville. After everything he forced his players and coaches to deal with since his hiring, he didn’t even have the decency to address them on his way out.

Jaguars players probably weren’t all that upset to not see Meyer, though. According to a report earlier today a few players had the same elated reaction that they texted to their agents after hearing the news.

This insight from Bevell also lends support to Paul Finebaum’s assertion that this is the last time we’ll see Meyer serving as a head coach at any level.

This story is honestly somewhat of a fitting end to Meyer’s tenure as Jacksonville’s head coach. He showed absolutely no regard for anybody else throughout his time with the team.

I’m sure the players, coaches, and fans are all just relieved that this nightmare has finally come to an end and the Jaguars can focus on getting their quarterback who was drafted to be the future of the franchise back on track.