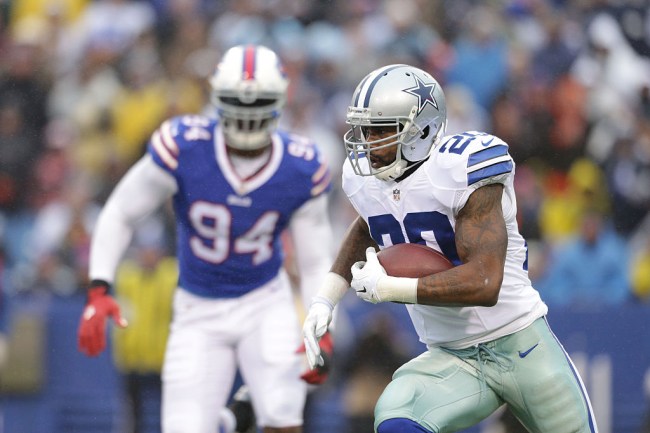 Yesterday Bitcoin surged past $20,000 for the very first time. That’s a massive milestone for the cryptocurrency, especially when you consider how the price of one BTC has doubled in just under a month.

One person *not* excited by that news: Former NFL running back Darren McFadden. Last summer the former University of Arkansas running back claimed that his former financial planner, Michael Vick (…not that Michael Vick), mishandled money over his career. He’s currently suing Vick to the tune of $15 million for lost funds, according to a year-old ESPN article. But the real kicker is this: One of those investment ventures was $3 million lost in a Bitcoin business venture, which would have been worth $200 million in The-Great-Bitcoin-Surge-Of-2017.

NFL running back Darren McFadden alleged a financial advisor wrongfully took $3 million from him relating to a #Bitcoin venture. Had it actually been invested in Bitcoin, it would be worth about $237,000,000: https://t.co/1OkX9Ll2WX

Ouch. The lesson? Be VERY careful who you give power of attorney to, which is what let to this whole business debacle in the first case. According to ESPN’s initial article in 2016:

McFadden told the newspaper that Vick was “an old family friend that we knew growing up forever and ended up trusting him to do my finances and it didn’t work out right for me.

“It’s just one of those deals with me as a young guy I wasn’t on top of my finances like I should have been and I trusted somebody to take care of everything for me and I don’t feel like at the time he had my best interest.”

Vick allegedly told McFadden that in order to safeguard his money, Vick needed to be “further empowered” to help the player avoid the “financial disasters that tend to flow from unsound spending habits, poor management, or speculative financial advice,” the lawsuit said.

Going to be interesting to see how this plays out in court.