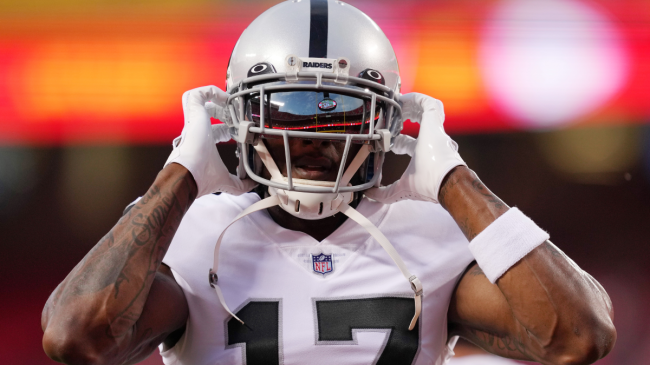 Raiders’ receiver Davante Adams has been banned from one Kansas City establishment following his tirade in Monday Night Football. Adams took some frustration out both his helmet and a cameraman after Oakland’s 30-29 loss to the Chiefs.

The wideout was seen slamming his headgear on the sidelines after his offense failed to score on their last series of the game. Adams ran into teammate Hunter Renfrow on the final play of the drive, ending the Raiders’ comeback attempt.

He then shoved a cameraman to the ground as he entered the locker room. The innocent bystander has since filed a police report against the pass catcher.

Now, he faces more consequences, this time from a prominent Kansas City establishment.

The amusement park posted on Twitter that Adams has officially been banned from entering. The Kansas City business apparently took offense to the postgame outburst, and jokingly replied with the permanent prohibition.

Unfortunately, most don’t believe Adams will really care. He likely has never stepped foot in the park, and it’s highly unlikely that he’ll be choosing to vacation in KC any time soon.

This fan sarcastically wrote, “Adams may never recover from this,” in response to seeing the banishment.

Damn Adams may never recover from this. https://t.co/AD55C7MimP

Another follower posted, “This is so lame!”

This Twitter user joked, “I’m sure he’s devastated over this decision.”

I’m sure he’s devastated over this decision 🙄😂 https://t.co/XfKiUfxx2c

There were a few people that had some fun with the post, going along with the Worlds of Fun jab at Adams.

Like it or not, the post did get some folks talking about the amusement park. But, again, this is likely far, far from the wide receiver’s worries.