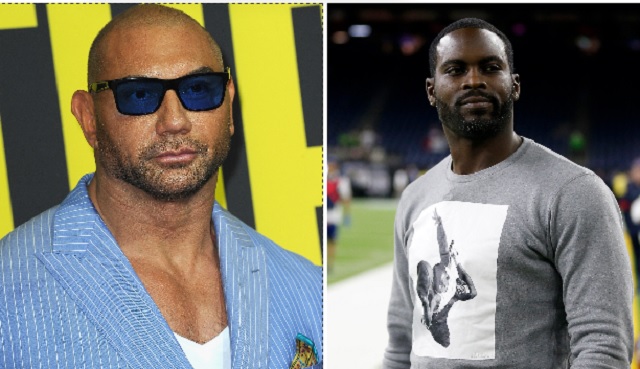 Vick has found himself at the center of controversy in the past few weeks after the NFL announced he would serve as an honorary captain during the upcoming Pro Bowl. After the NFL announced Vick would participate in the Pro Bowl, a woman named Joanna Lind started a petition that has been signed by over 600k people to have him removed due to his past history of animal abuse.

Someone asked former WWE superstar turned ‘Guardians of Galaxy’ actor Dave Bautista to sign the petition and he responded by blasting Vick with a NSFW rant.

Sorry I can’t sign that Because I ALREADY signed the shit out of it! I’ve talked about this particular dog killer in the past and I believe it’s clear where I stand. I don’t give a fuck who it is…. people who mistreat and murder animals get zero love from me. Fuck em! https://t.co/YTKgSl7rt5

Bautista has made his stance on Vick known in the past.

Everything is relative but you're "character manifestststion" is some unforgivable bullshit as far as this dog lover is concerned. https://t.co/6RXw2ePyeB

The NFL has yet to comment on the petition to remove Vick from the Pro Bowl which makes it seem like he’s still going to participate despite the backlash from fans.