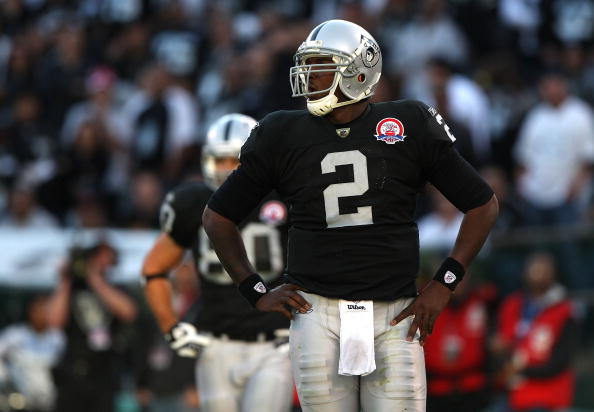 Former Raiders QB Jamarcus Russell is easliy considered the biggest bust in NFL history. Jamarcus was routinely out of shape during his brief stint in the NFL but yesterday former Giants offensive lineman told an amazing story about how lazy and unprepared Russell was.

David Diehl just told a great story on the FAN. Coaches didn’t think Jamarcus Russell *was studying tapes so they gave him blank cassettes. Next day, he said he watched the blitz packages. The tapes were blank.

The Internet of course had jokes about Dieh’s Jamarcus Russell story.

But he threw a ball really far from his knees

lol this guy made millions of dollars by being able to throw a ball far. The later Al Davis years were wild in Oakland.

So the Raiders paid him 39 million to watch blank tapes! Legendary 😂🤣