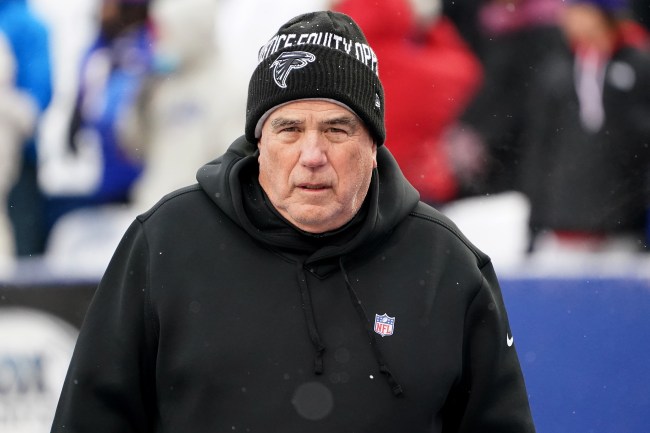 The NFL’s most unfortunately named coach gave his thoughts on the younger generation today. His comments were just about as crotchety as you’d expect from a man who has made it through life with the name “Pees”.

Dean Pees was speaking at an Atlanta Falcons press conference yesterday when he offered his views on the entitlement of young coaches and, of course, analytics.

“I think the younger generation of coaches feel a little entitled,” Pees said. “I think they’re spoiled. . . . Go work in a high school, go work in a Division III school where you’ve got to mow the grass, you’ve got to line the field. You’ve got to do all those things, then you’ll appreciate what you have when you have it. Instead of being 25 years old and wondering why I’m not a coordinator already in the NFL. I went to the NFL at 55 years old. . . . I felt like I paid my dues. And I feel like it made me a better coach, made me a better teacher. I was a school teacher. Learned how to teach. . . . I look at guys now, they can’t stand up in front of the room and talk to people.”

Unsurprisingly, the conversation about the younger generation turned to analytics.

“The computer told you that,” Pees said of decisions made during games. “When did the computer know what the weather was? Whether it was raining, whether the wind was blowing. Whether you were playing good on defense. OK, they say, ‘Well, it’s a two-point game. Should you go for it on fourth down?’ Well, I don’t know. Is the score 42-40 or 6-3? It makes a difference. . . . If they’re playing great defense, don’t. If they’re playing lousy defense, yes. The computer doesn’t tell you that.”

The thing that strikes me in this quote is that Dean Pees thinks computers don’t know the weather. Has he never used the weather app? How does he decide if he can wear shorts when he leaves home?It is, however, completely reasonable to think that application of analytics should be based off of live observation.

His first quote seems a bit more far-fetched. I have a hard time seeing a correlation between lawns mowed or fields lined and coaching success. I’ll have to check the numbers to confirm.