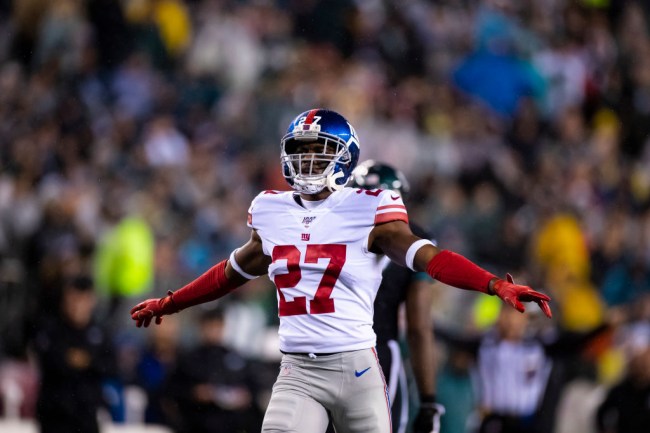 Back in May, arrest warrants were issued for both Seahawks’ corner Quinton Dunbar and Giants’ corner DeAndre Baker after reports surfaced about them pulling out guns and robbing guests at a party.

According to the report, Baker had a semi-automatic firearm and the two players allegedly stole valuables at the direction of Baker. A witness told law enforcement that Baker and Dunbar had lost $70,000 gambling a few days prior and may have planned the robbery to get their money back.

On Friday, Baker was formally charged with four counts of robbery with a firearm in Florida, Broward State Attorney Mike Satz announced, according to the New York Post. The 22-year-old faces a mandatory minimum of 10 years and a maximum of life in state prison if convicted.

Baker originally posted bond of $200,000 the Sunday following the incident and pleaded not guilty on all eight charges the following Monday morning.

This entire story has had plenty of moving pieces since it was originally reported.

One of Baker’s attorneys, Patrick Patel, stated shortly after the incident that Baker simply couldn’t have been involved in any of the ‘ruckus’ because he was too busy playing ‘Madden.’

Patel said Baker arrived at the party carrying his “Madden” console, two controllers and a charger. He went into the house, hooked the game up to a big-screen TV and played the video game for the hour to hour-and-a-half he was there. Baker inadvertently left the game at the house. Patel said he will try to get electronic proof Baker was indeed logged in and playing “Madden” that night.

Patel also stated that Baker had been gambling the night of the alleged incident, but not on the dice game that supposedly went bad, he was only wagering on the outcome of ‘Madden’ games.