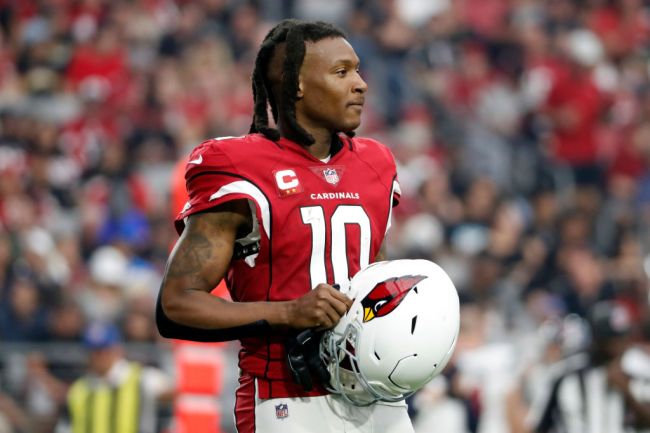 Football fans were hit with yet another piece f shocking news yesterday when Adam Schefter revealed that star Arizona Cardinals wide receiver Deandre Hopkins would miss the first 6 games of the NFL season due to a violation of the NFL’s substance abuse policy.

The suspension makes the Cardinals’ trade for Hollywood Brown look even better for the team, but will once again leave the squad without its top wide receiver for a chunk of the season. It’s also going to be very costly for Hopkins according to Pro Football Talk’s Mike Florio.

According to Florio, the portion of Hopkins’ base pay that he’ll lose because of the suspension is $2.21 million. He is also subject to lose $1.83 million of his 2022 signing bonus. He also had a $10.65 million roster bonus converted to a guaranteed payment for 2022. Hopkins will lose $1.183 million from the portion of that payment that was paid this year.

In total, that loss adds up to $5.223 million that Hopkins will be losing because of this suspension. His salary is also no longer guaranteed for this season if the Cardinals were to make the shocking decision to cut him.

Hopkins maintains that this suspension did not come from any intentional PED use, but instead from a lack of vigilance about the supplements he was taking at the time of the positive tests. Unfortunately for him, it is going to add up to one heck of a costly oversight.