Deion Sanders Gets 5-Star Recruit To Flip Commitment To Colorado 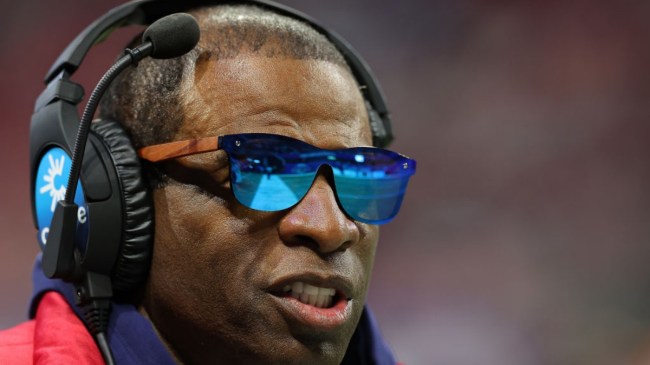 When Deion Sanders took over as the head coach of the Colorado Buffaloes, the program had a long way to go before it could even be considered competitive.

The team has rarely even finished .500 over the past couple of decades and won just 1 game last season.

In just over a month as the team’s head coach, Sanders has already appeared to be well on his way to changing that.

When Sanders decided to take over at Colorado, he brought his son with him, giving the Buffaloes a new quarterback after a disappointing year on the offensive side of the ball.

Then he went ahead and flipped a 4-star recruit to try and give a boost to a Buffaloes running game that was pretty bad this season.

Sanders also had another key player come with him from Jackson State. That player is Travis Hunter, who was the top cornerback recruit in the country last year.

Sanders shocked the college football world when he pried Hunter away from Florida State.

According to On3’s Joe Spears, Cormani McClain has flipped his commitment from Miami to Colorado.

McClain is the top-rated cornerback in the Class of 2023 and the 12th ranked recruit overall in the class.

It shouldn’t be a surprise that Deion Sanders has been able to successfully recruit at cornerback given his history as one of the greatest to ever play the position.

However, landing the top recruit at the position in back to back years is truly an impressive accomplishment and is a testament to Sanders’ ability as a recruiter.

The combination of McClain and Hunter is going to be a nightmare for opposing offense to deal with and could quickly turn the Buffaloes into a formidable pass defense in the PAC-12.