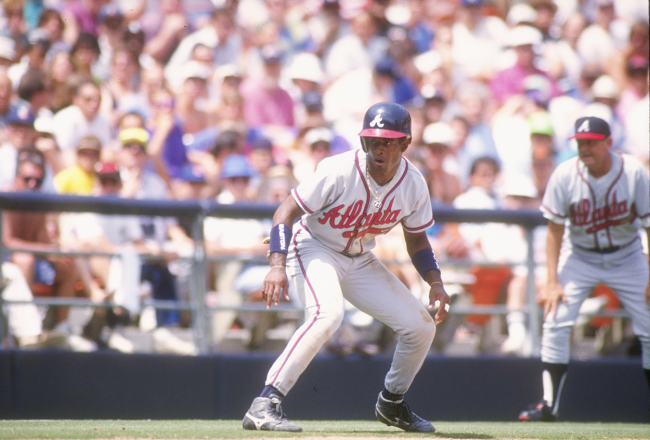 Deion Sanders is one of the most famous two-sport athletes of all-time after playing 14 years in the NFL and nine years part-time in the MLB. However, he isn’t so sure that he would have been able to play baseball in today’s day and age.

As Major League Baseball is experiencing the lowest percentage of Black baseball players in three decades, Sanders thinks he knows why. He thinks that price plays a big role.

During a recent appearance on the ‘How It Goes Down’ Podcast with Desi Banks, Sanders talked about why baseball doesn’t resonate in the Black community in the same way as other sports.

“This is the problem with baseball,” he said. “Black fathers never played baseball so black fathers are not pushing their kids towards baseball. So, when the black father wants to play with his son, he puts in his hands what he’s accustomed to. Baseball is not the option.”

Speaking first-hand, Sanders pointed to the cost of baseball in today’s day and age. He thinks that the Black community is unable to pay the price necessary to compete on the top level of competition where prospects can really get noticed.

“Back when I was coming up we had a lot of African-Americans in Major League Baseball. Now that is not a thing because they priced us out as well. Back when we played baseball in the little leagues it was so cool, maybe about a hundred or a hundred fifty dollars to register. To play on a select team now it’s at least two thousand. So kids are not playing it. They cannot afford it; they priced us out.”

Sanders even went on to say that baseball is the best sport in terms of benefits, salary and longevity. He wants African-American fathers to push their children toward baseball, but he understands why that isn’t happening. He also believes that Major League Baseball needs to play in a role in solving the issue.

Considering that he played on the highest level of baseball and has three sons who all play football instead of baseball, Sanders knows what he is talking about. His perspective comes from first-hand experience.

You can find his full comments in the full podcast here: