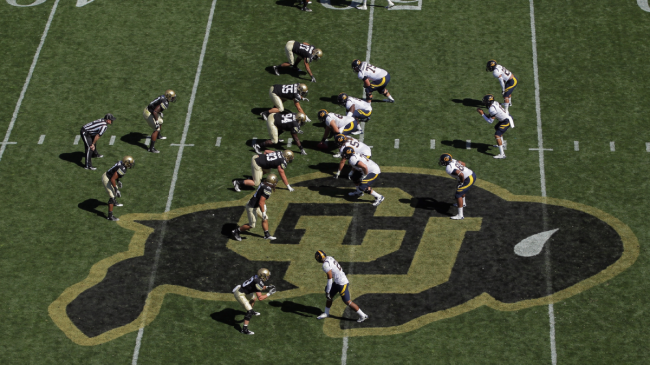 Just a week into his tenure at Colorado, Deion Sanders is making major noise. The newly hired head coach is already putting the Buffaloes on the map following two decades of irrelevance.

Sanders is making a statement on the recruiting trail, gaining interest from notable high school and transfer portal prospects. He’ll also be bringing a few Jackson State stars with him, most notably, his new starting quarterback Shedeur Sanders.

Coach Prime is also beginning to assemble his staff with superstar hires at every turn. Things are on the up in Boulder, and it appears a quick turnaround could be in play for Colorado.

That optimism has already proven to be lucrative for the Buffaloes’ athletic department.

On Thursday, the media team posted a social media graphic showing the increases in ticket and merchandise sales since Deion Sanders took the job.

According to the tweet, the program recorded its highest single day merchandise numbers, totaling $49,800 in online sales. There’s also been a bump in ticket sales and season ticket package interest ahead of the 2023 season.

And this is just the tip of the iceberg.

CBS reports that the ticket office expects more than 20,000 season ticket requests, a near 150% increase from last year’s total. They predict an output that will break even numbers seen during Colorado’s national championship days in the early 1990s.

Alexis Williams, the Sr. Associate AD of External Operations, is excited about the projections.

“We anticipate every game to be sold out, and I think this will be the first time we’ve had a season where every single game is actually sold out.”

Deion Sanders is at the root of the monetary boosts.

Coach Prime’s already won the offseason. Now, he’ll try to make some noise in the PAC 12 during his first year in Boulder.