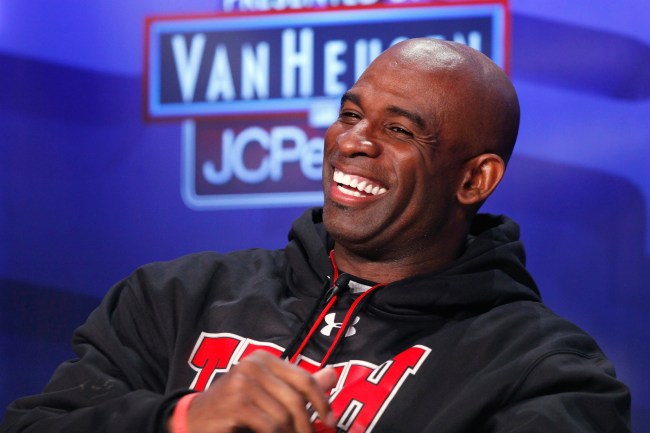 The Deion Sanders stolen boombox saga has a happy ending.

On Tuesday morning, the recently hired Jackson St. head coach posted a video where he revealed that someone broke into his Ford F-350 and stole his boom box. Sanders went on to offer a reward for the boombox because it had “sentimental value’

“I have a black Ford F-350 and it was broken into last night. A white suburban came at 5:30 in the morning, broke the window down and stole this boombox that one of my dearest friends gave me as a birthday gift,” Sanders explained “I’m a little disturbed because the boombox has a sentimental value to me, I am offering a reward to find the boombox. I want that boombox back, I don’t give a damn about the suburban we can always get that replaced, I don’t care about the money it is just the principle of it. Somebody special gave that to me as a birthday gift and I want it back.”

Someone eventually delivered the boombox to Jackson State with an anonymous handwritten note that stated they didn’t want the reward money but wanted Sanders to bring back hope to Jackson State.

There was a handwritten note alongside the returned keepsake … which read, “Man they wild. They say they didn’t know but I ain’t trippin over no bread.”
“Just please bring back hope 2 Jackson … a winning season would be great.”

Sanders thanks the city of Jackson for coming together to find the boombox … saying, “I love y’all and y’all proved me right. I bet on y’all and y’all came thru. I love all y’all and especially the HOOD!”