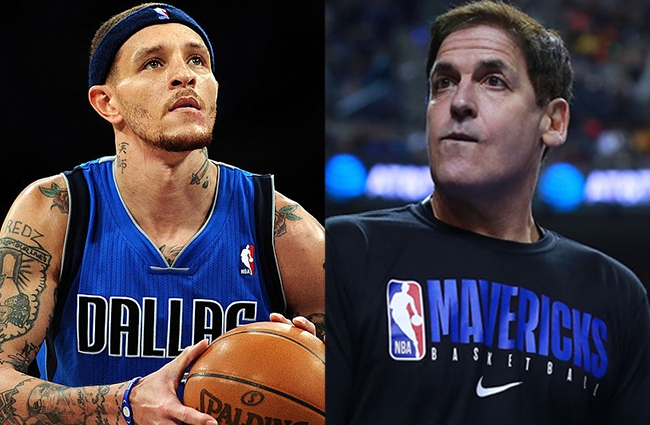 Former NBA player Delonte West is recovering from addiction and the road to recovery has not been easy, but a video surfaced this week that showed him looking healthy as he shot hoops in South Florida.

Really nice to see this legend living a better life again and throwing the ball again🏀, he deserves it. God is always good🙏🏼was one of favorite players for some of us!… “the world is small and turns a lot” these were his words. 🔥🔥🏀 #delontewest #nba

West played for the Celtics, the Cavaliers, the Supersonics and the Mavericks during his eight-year NBA career and has been open about his battle with mental health throughout the course of his life. When his playing career came to an end in 2015 after a stint overseas, West developed a severe substance abuse problem that left him in a very difficult spot. An image surfaced in September of the former first round pick begging for money on a street corner in Dallas and the NBA community immediately rallied around West, including Mavericks owner Mark Cuban who stood by West in a hotel room before he covered the cost of checking him into a rehabilitation center.

We received an update from Cuban in early October with a picture of West riding a horse at his rehab facility.

On Tuesday, Cuban shared a second positive update of West playing frisbee and kayaking with a smile on his face. All signs would say that West is recovering well and on his way to beating some of his demons. The newest instagram video of the Saint Joseph’s University alumnus getting back in the gym also speaks to that notion. He was also seen on Wednesday getting a workout in at a local gym.

My grandpa said Delonte West is on the up and up! This was taken yesterday! He looks good!!! Sending you love man! pic.twitter.com/4aDcTsTMdY

There is still a long road ahead for West, but the positive updates keep coming and the smiles are a great sign.