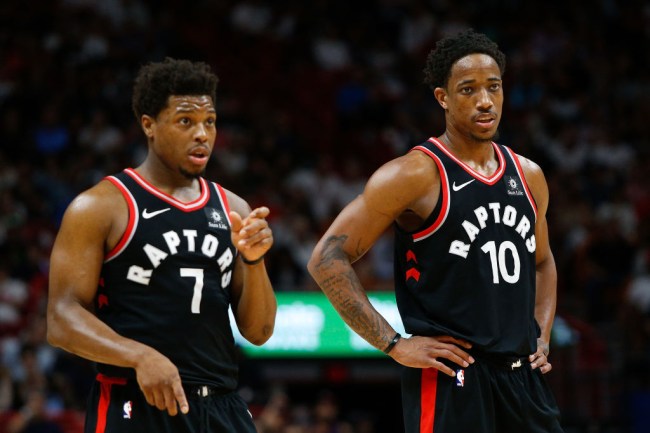 Late last night, the Toronto Raptors shocked the NBA world when they agreed to trade star DeMar DeRozan to the Spurs for Kawhi Leonard.

Toronto and San Antonio have been talking about the trade for two weeks, and several incarnations of packages have been discussed, league sources said.

Sources close to DeRozan told ESPN’s Chris Haynes that DeRozan met with Toronto brass in Las Vegas during summer league and was told he would not be traded.

Before the trade was officially announced, DeRozan took to Instagram to blast the Raptors for lying to him about the trade.

In a story posted on his Instagram page on Wednesday morning, DeRozan wrote, “Be told one thing & the outcome another. Can’t trust em. Ain’t no loyalty in this game. Sell you out quick for a little bit of nothing… Soon you’ll understand… Don’t disturb…”

Meanwhile, @DeMar_DeRozan not backing off of claim he was lied to by Toronto regarding a potential trade, per source. Extremely upset.

It’s pretty cold that the Raptors tried to smooth things over with DeRozan this week while secretly negotiating his trade behind his back.