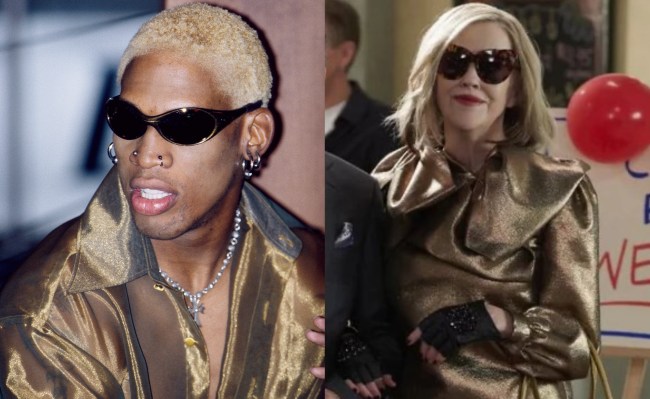 One of the most entertaining segments of the past few weeks has been Sunday nights when The Last Dance 10-part Michael Jordan documentary has been airing on ESPN. The episode which focused on Dennis Rodman and his infamous trip to Las Vegas was damn near perfect.

Flashback to early last month (April) and one of the things keeping me distracted from the state of the world was Schitt’s Creek. The series finale aired on April 7th and fans witnessed as six seasons of the Rose family’s post-NYC life in the small town of Schitt’s Creek came to a close.

The finale was good, not great. The show overall is spectacular but I struggled with the first season for some reason. I watched a few episodes, wasn’t hooked. Then I took like a year off and continued hearing people tell me how great the show was so I revisited it and I’m really glad I did because once it hits its stride the show is spectacular.

At this intersection of Schitt’s Creek and Dennis Rodman is a Twitter thread I stumbled upon this morning which shows how Catherine O’Hara’s character, Moira Rose, appears to have taken most of her fashion inspiration from Dennis Rodman in the 1990s. It’s actually pretty astonishing how spot-on some of these outfits are to the point that I think at least one of the costume designers must’ve grown up in Chicago during the Bulls era. The costume designer listed on IMDB doesn’t have a bio so I’ll just assume I’m right about this.

Rodman should’ve stuck with the washed-out Red for longer. Pink was a bold look for him.

His nose rings just look heavy. Seriously. They look like they’d legitimately weigh his face down.

This last one is probably my favorite. I hope he still has that hat somewhere.

I can’t just end it there so I wanted to give you this video of Moira Rose pronouncing things in only a way that she can. Her vocabulary and jumbled accent are just one piece of the puzzle that made the show so good across six seasons.