NFL Finally Listens, Saves Fans From Having To Watch Another Primetime Broncos Matchup 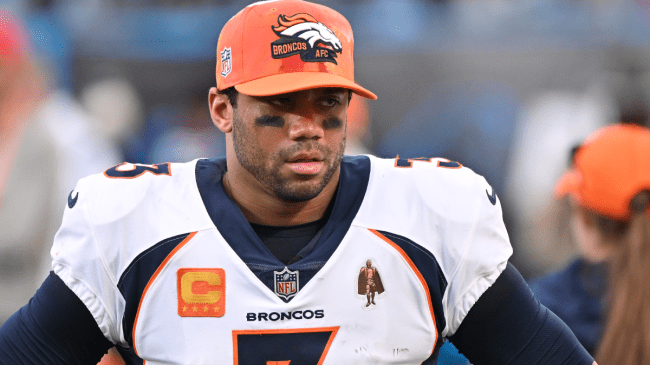 The NFL has finally heard the fans’ cries regarding scheduling, and they answered by removing the Broncos from an upcoming primetime matchup.

The news was announced on Tuesday that Denver’s Sunday night game on December 11th against the Chiefs has been flexed to the afternoon slot at 4 PM. Instead of having to watch another putrid primetime performance from the Broncos, viewers will be graced with a contest between the Chargers and Dolphins.

Flex! The Week 14 Miami Dolphins at Los Angeles Chargers game on Sunday, December 11 will be played at 8:20 PM ET on NBC and the Kansas City Chiefs-Denver Broncos game will move to 4:05 PM ET on CBS.

Not even Patrick Mahomes could save the game from being featured under the lights, which lets you know just how bad the Broncos have been when given the opportunity. In four previous outings on either Thursday, Sunday, or Monday night, Denver has gone 1-3 while averaging 13 points per game.

First was a season opening loss to the Seahawks in Russell Wilson’s Denver debut. That was followed by an 11-10 win over the 49ers that saw minimal offensive production. The offense was even worse in a 12-9 overtime loss to the Colts where neither team scored a touchdown. Finally, an overtime game against the Chargers ended with another uninspiring defeat.

Thankful that they’ll be spared of having to witness another Broncos beatdown, elated fans flooded social media with reactions.

Everyone when they see the NFL flexed the Denver Broncos OUT of another prime time game 🥹🙏 pic.twitter.com/yPr68FUpA7

Pro Football Talk’s account wrote, “How bad are the Broncos? Bad enough that the NFL would take a Patrick Mahomes game out of prime time to avoid subjecting us to them, apparently,” while Matt Verderame of FanSided commented, “The Broncos are so brutal they got Patrick Mahomes flexed out of primetime.”

Think about this for a moment.

Wow. Who would have thought the season would come to this.

Brendan Deeg from The Score posted, “The Broncos have been flexed out of Week 14 SNF. From every NFL fan across the world, thank you.”

This appears to have nixed Denver’s final chance at a primetime showing. NFL fans everywhere are thankful that their football evenings will no longer be filled with boredom.