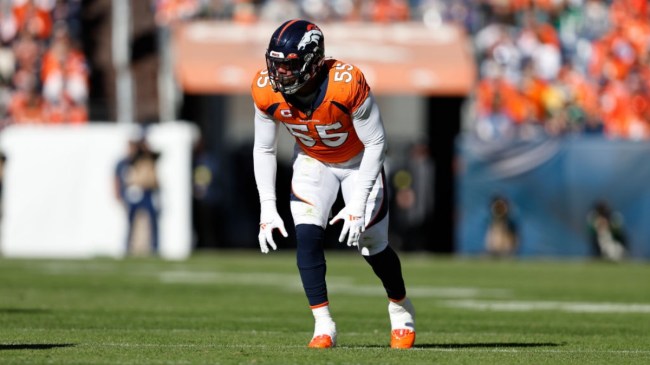 It looks like the Denver Broncos are just about ready to throw in the towel on this season.

It was just 7 months ago that the Broncos decided to exchange their future for a shot at a Super Bowl this season. The Broncos dealt 2 first round picks, 2 second round picks, Shelby Harris, Drew Lock, and Noah Fant for Russell Wilson.

It seems they already have some regrets. The Broncos have struggled this season, winning just 2 of their first 7 games and looking awful on the offensive side of the ball.

This weekend, they were without Wilson in their loss to the Jets because of a hamstring injury and the offense struggled their way to 9 points. With the team already in danger of falling out of the playoff picture and their starting quarterback dealing with an injury, it looks like the Broncos are officially looking to be sellers ahead of the trade deadline.

According to a report from Pro Football Talk’s Mike Florio, the Broncos will trade Bradley Chubb by next Tuesday’s trade deadline if they lose their Week 8 game against the Jacksonville Jaguars.

#Broncos top pass-rusher Bradley Chubb will be traded likely by Tuesday if Denver losses to the #Jaguars on Week 8, according to Mike Florio. pic.twitter.com/2Xk0ueJyyS

I could see how losing to the Jaguars on a neutral field would be a good indicator that your season isn’t going to end with you lifting a trophy. However, Chubb isn’t usually the type of player you usually look to get rid of in these situations.

Bradley Chubb is just 26 years old, has already made a Pro Bowl in his career, and currently has 5.5 sacks this season. I understand that the Denver Broncos want to try to recoup some of what they gave up in the Russell Wilson trade, but Chubb is somebody that can help this team in the future.

There are certainly players on this roster that the Broncos should move on from if they’ve decided this isn’t their year, but it’s hard to see the argument that Chubb is one of those players.