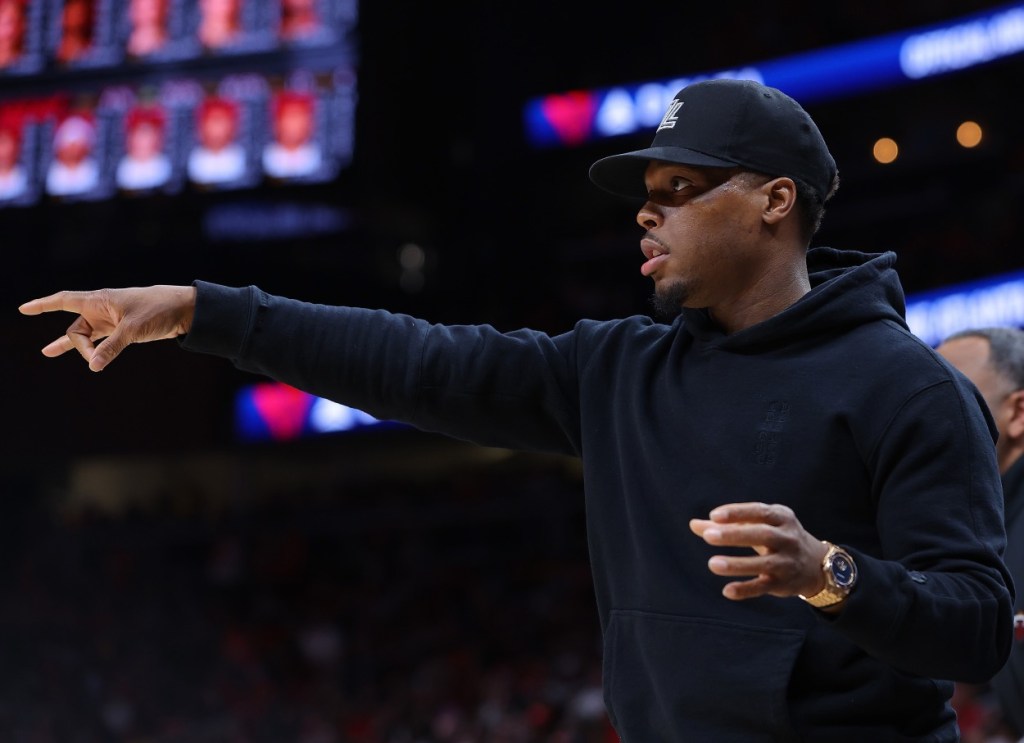 Miami Heat veteran Kyle Lowry didn’t play in Game 4 of the Heat-Hawks First Round NBA Playoffs matchup (after a Game 3 hamstring injury) but he’s seen some quality time so far in the series. Lowry had 10 points and 9 assists in Game 1 but it wasn’t Kyle’s ability to move the rock around that caught Denzel Washington’s eye.

In the video below, Denzel Washington is meeting Jimmy Butler and Kyle Lowry. It’s unclear when this happened but presumably after game 4. I’m going with it’s most likely Game 4 in Atlanta because that’s what Lowry was wearing to the game but Denzel’s primary residence is in Los Angeles so I don’t want to make any assumptions.

Anyway, Denzel meets these two NBA stars and takes the chance to roast Kyle on his recent flopping. It’s a pretty solid jab from an A-list actor.

Denzel Washington Roasts Kyle Lowry Over Flopping When Meeting Him

Denzel Washington had to talk to Kyle Lowry about his flopping 😂

While shaking hands, Denzel Washington told Kyle Lowry “oh boy you clever, I promise you I said ‘sneaky boy be falling down.'” Kyle tells Denzel “I do my job” to which Denzel responds “I know you have eyes to see, but you know…”

Basketball fans were quick to laugh at Lowry for getting roasted by one of the greatest actors in Hollywood history and I’ve pulled some of the best responses on Twitter.

Everything’s funnier when ur up 3-1 in a series

From one actor to another

Jimmy Butler went OFF in Game 4 and put up 36 points in 36 minutes. The Miami Heat had five players score double-digit points and they are now one win away from moving on.

Side note: when Denzel Washington says he grew up in Mount Vernon does anyone who isn’t from the greater NYC area have any idea where that even is? It’s an NYC suburb in Westchester County.