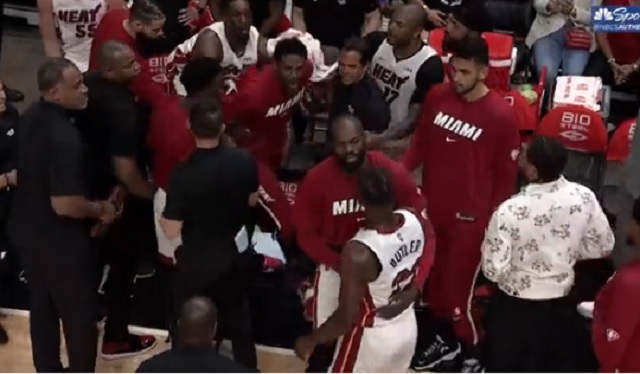 Things got a bit heated between teammates Udonis Haslem and Jimmy Butler on Wednesday night.

In the third quarter of the Heat-Warriors game, Butler and Haslem had to be separated after yelling and cursing at each other on the sideline.

Udonis Haslem being held back as he talks to… Jimmy Butler? pic.twitter.com/FjuLn71nUK

Jimmy Butler was HEATED in the Miami huddle after the Warriors went on a big run to start the second half pic.twitter.com/6waBmHlL1r

In another video, Haslem could be heard yelling “I will beat your ass” at Butler.

It’s currently unclear what started the scuffle, but I’m sure we’ll get the details of what went down soon enough.