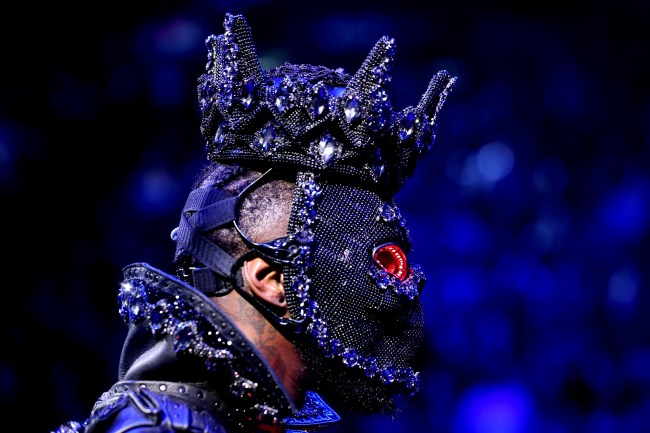 You can’t blame Deontay Wilder for not yet knowing how to lose.

In 43 total fights before losing to Tyson Fury last Saturday, the 34-year-old had never lost a professional fight, knocking down every single opponent outside of Tyson Fury and knocking out 41 of them.

Following Saturday’s seventh-round TKO and loss of his WBC heavyweight title, Wilder seems to be blaming everyone but himself, even breathing life into a conspiracy theory that trainer Mark Breland worked with Tyson Fury’s camp to throw in the towel.

The Bronze Bomber also claimed the 45-pound suit he wore to the ring contributed to his downfall.

“He didn’t hurt me at all, but the simple fact is, Kevin, that my uniform was way too heavy for me,” Wilder explained to Yahoo Sports’ Kevin Iole. “I didn’t have no legs from the beginning of the fight. In the third round, my legs were just shot all the way through.

This sounds preposterous, especially when you consider Wilder went on the most popular podcast in the world in December 2018 claiming he wears a “45-pound vest” when training to activate his twitch muscles.

Bizarre then that his ring costume weighing an alleged 40 pounds is blamed? pic.twitter.com/qwWMLuG7sc

“I wear a 45lb vest during all my exercises and everything that I do, to have that extra weight on me.”

The internet never forgets, bruh, and it is a cold and unforgiving place.

Next thing ya know, Deontay is going to be firing his trainer or something. Oh wait.