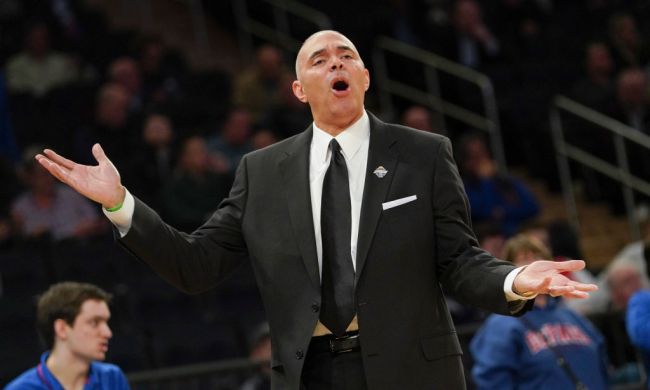 The Blue Demons finished ninth in the Big East during Leitao’s first season in 2015-16 then last in the conference for the next five seasons and somehow just now got around to firing a coach that went 21-84 in conference games.

I’m going to go out on a limb here and say DePaul fans are very pleased with the news that Leitao is out.

The story of Leitao and DePaul goes all the way back to 2002. He was the head coach of the Blue Demons from 2002-05 leading them to a conference title during the 2003-04 season and a trip to the second round of the NCAA Tournament. He then took over at Virginia earning just one NCAA Tournament bid in four seasons.

Apparently, DePaul really valued his one conference title and March Madness birth and brought him back to take over the program after Virginia fired him. DePaul clearly thought he was its guy to take the program to new heights, but it was clear from his first season back that wasn’t going to be the case.

Props to Leitao for milking six seasons out of DePaul. Obviously, the program was going to give him at least two years to find his feet, but just now cutting ties after five straight seasons of finishing last in the Big East? That’s quite the long leash.

DePaul obviously isn’t a blue-blood college hoops program but, it is a well-known program to all hoops fans. The Blue Demons did have some success in the 1970’s and 1980’s with six Sweet Sixteen appearances between ’76 and ’87, but have fallen on extremely tough times as of late, clearly.

Loyola Chicago head coach Porter Moser is likely the favorite for the job, given his local Chicago ties, according to ESPN.