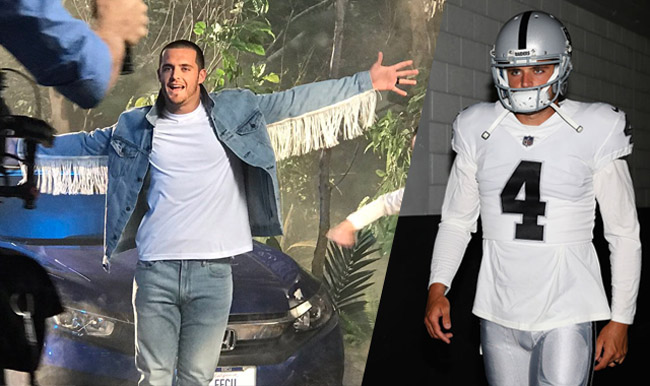 It’s bad enough that Oakland Raiders fans are having to somehow deal with the fact that their beloved team will be shortly moving to Las Vegas. But now they are having to deal with their franchise quarterback Derek Carr going into making awful music and videos to accompany his songs. Or at least that what he led many people to believe on Tuesday.

Posting a teaser clip to his social media channels, Carr is seen announcing that he has a new single and music video coming out soon. And, well, it looked pretty awful.

Oh yeah, that link? It really does go to “Derek Carr Music.” 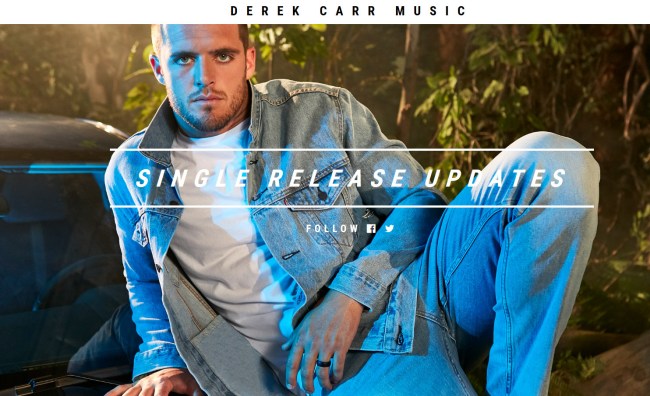 So considering how many other pro athletes have fancied themselves as also being musicians it wasn’t completely out of the realm of possibility that Carr was being serious.

Thankfully, he was not, as it all turned out to be one hell of a great prank by the $125 million QB.

😂😂 everyone calm down it's ALL a joke! I don't really dress like that and make music videos on the side 😂😂

No chance this is actually happening.

Nor was Prince Amukamara…

Here’s just a little taste of why he said that…

DC bout to win MVP and a Grammy in the same year. That's my QB! 😂

The fuck is this

Oh sheeee-it! @derekcarrqb bout to drop the hottest single of 2017 👀

You're a fool DC pic.twitter.com/v82GEQzi8B

THANK GOD someone posted this photo. The license plate gives it away. It's another one of those funny spots for EECU, the local credit union

Yessir I've had it since the shoot hella long ago. Pretty sure the company tweeted it out then