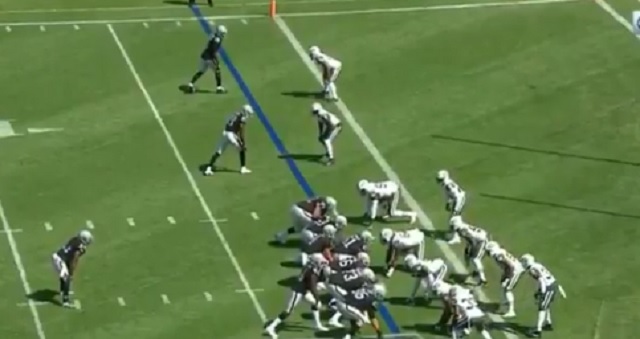 No one will ever forget the time the Seattle Seahawks opted to pass on the goal line in the Super Bowl against the Patriots instead of giving the ball to Marshawn Lynch.

On Sunday, the Oakland Raiders decided to have a bit of fun at the Seahawks expense by calling the “Seattle” audible , which audibles from a run to a pass near the goal line.

Unlike the Seahawks however, the Raiders actually converted on the goal line

With Marshawn Lynch in the backfield on the goal-line, Derek Carr yells "Seattle" to audible to a pass. 🤔 pic.twitter.com/c2Q7w28Kqb