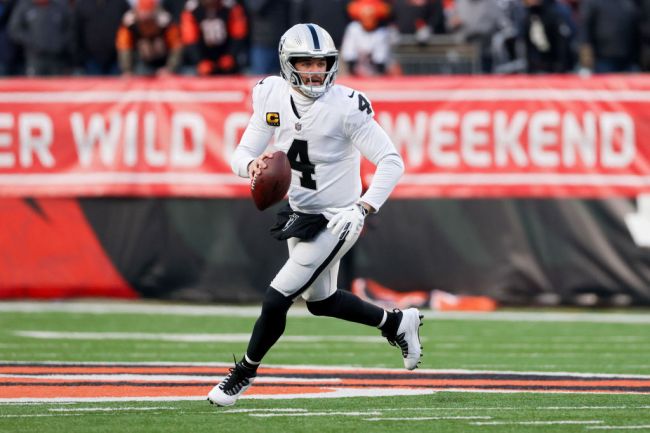 After weeks of watching the league’s top receivers having money thrown at them by NFL organizations, it seems one of the guys throwing them the ball has finally gotten himself in on the action.

According to NFL Insider Ian Rapoport, Derek Carr has secured a massive contract extension for himself to stay with the las Vegas Raiders through the 2025 season.

The #Raiders and star QB Derek Carr have agreed to terms on a 3-year contract extension worth $121.5M, source said. The agreement ties Carr to Las Vegas through the 2025 season. He is already the longest tenured QB in the AFC. 💰 💰 💰

#Raiders QB Derek Carr says he structured his contract in a way that will help the team add more players and keep their own guys.

"I went through heartbreak last time I signed my contract. My best friend (Khalil Mack) left. I didn't want that to ever happen again."

Right now, that means holding onto the best group of pass catchers Carr has ever gotten to throw to. The Raiders just signed Davante Adams to a huge contract extension and have Darren Waller under contract for 2 more seasons, but will need to work out an extension with Hunter Renfrow soon and will have to make decisions at running back at the end of the season.

It is clear that Derek Carr wants to bring home some hardware to Vegas and this contract will help the team do it.