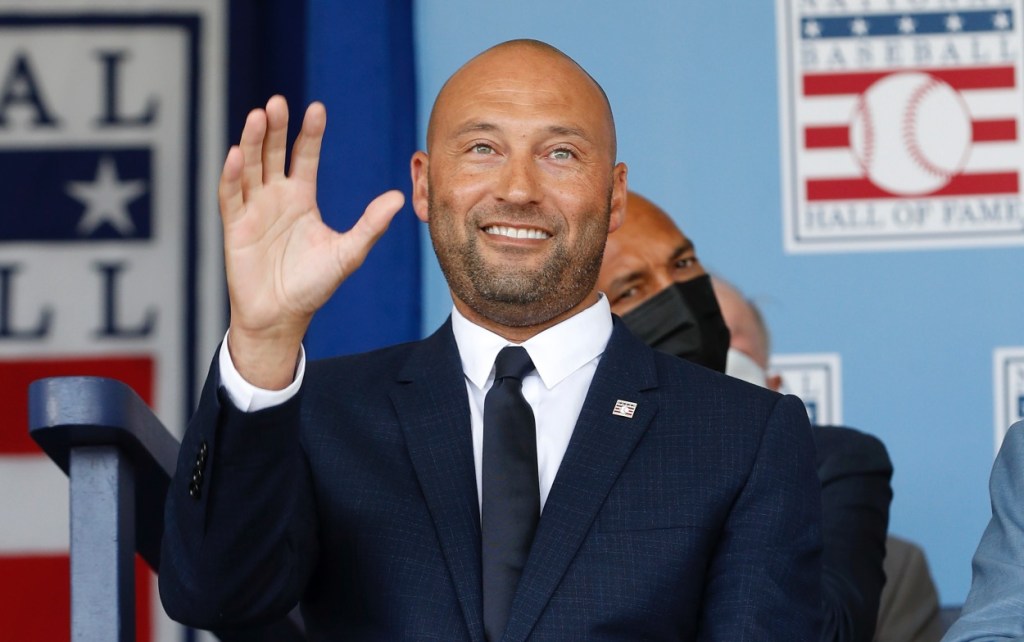 Twitter just gained a new celebrity on Tuesday morning. Derek Jeter aka ‘The Captain’ finally joined Twitter and he did so with a joke that was welcomed by everyone in the sports world.

Frankly, it’s astonishing that Derek Jeter waited until now to join Twitter. He’s one of the legends of the game who is bigger than his sport. I’m not a Yankees fan and Jeter was still an instant follow for me. You can find me on Twitter at @casspa by the way, if you’re throwing around new follows.

Derek Jeter Joins Twitter With A Joke, Gets Welcomed By Everyone

Looks like I’ve officially run out of excuses. https://t.co/DQwmgjU9jW

Jeter didn’t wait long to fire off his second tweet:

It’s my hair but it’s a shag… a Ralph Tresvant shag. https://t.co/M55MMeyBVk

The sports world was quick to welcome Derek Jeter to Twitter. Some of it was almost certainly coordinated with Jeter asking friends with large accounts to share his first tweet so he could amass followers as quickly as possible. But let’s see what the people are saying now that The Captain is on the bird site.

Welcome to the big leagues, @derekjeter.

Mr. November showed up in May.

If you know, you know…

Derek Jeter is currently on the board of Rockefeller Capital Management which he joined in April 2021. It’s a wealth management fund that was created after a majority ownership in the Rockefeller family private estate was acquired.

Jeter recently sold off his 4% ownership in the Miami Marlins and I haven’t seen any news on what’s next for him but joining Twitter certainly signals that he’s planning on being more in the public eye.