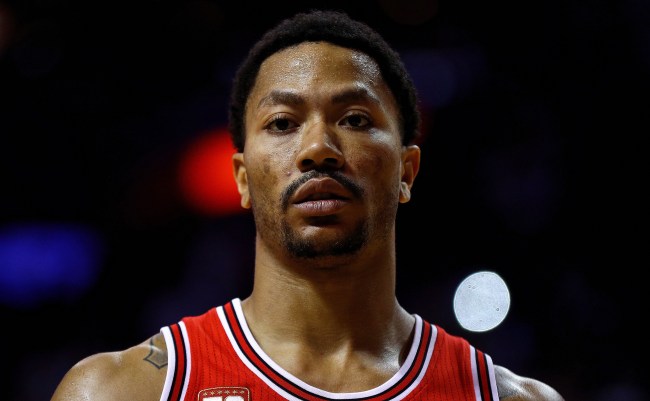 In particularly heartbreaking scene, Rose was conducting an interview with the film’s producers when he got a phone call from his agent who informed Rose that he was being traded from his hometown Bulls team to the Knicks.

EXCLUSIVE: Our cameras captured the emotional moment Derrick Rose learned his hometown #Bulls traded him to the #Knicks.#DRoseDoc pic.twitter.com/qCXvbKsoH7

Bulls fans were especially touched by the video.

What makes it so tough is that he JUST said he wouldn’t want to be anywhere else but Chicago. HE JUST SAID THAT. And then gets a call like that… man

When I got the news pic.twitter.com/VT1XtEV32c

Damn that touched the soul….. pic.twitter.com/zs26tsHhRP

@andrewcapel this makes me want to welcome @drose back to @chicagobulls next season. We need a veteran point guard so why not? Major positive to have a player who loves his home town team that much! #BullsNation

Absolutely devastating. I don’t think I’ll ever feel worse about someone being traded when we wanted to win so badly for Chicago.

Next time anyone has a go at a player for demanding a trade or signing with other teams, just show them this video.

THat was really tough to watch.