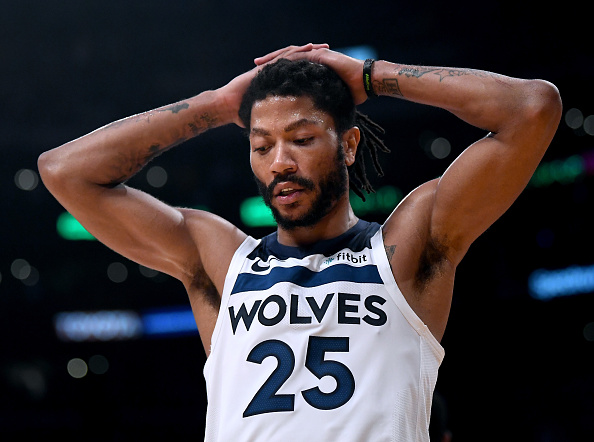 Earlier tonight, Brooklyn Nets rising star Caris LeVert suffered a gruesome leg injury when his ankle turned the wrong way during a play in tonight’s Nets-Timberwolves. The injury was so bad that LeVert had to be taken by stretcher off the court.

A stretcher has been brought onto the court to take a Caris LeVert off the court here in Minneapolis.

Sight of Caris LeVert's leg injury in Minnesota shook everyone on court. He has rapidly emerged into the cornerstone player of Nets rebuild — and been spectacular this season. He fought foot injuries at U of Michigan. He's been everything they've wanted in a young player.

After LeVert’s injury, someone on the Internet figured out that Derrick Rose was also on the court for the NBA’s last three gruesome leg injuries.

After the Caris LeVert injury, Derrick Rose (@drose) has now witnessed 3 gruesome injuries not including his own. pic.twitter.com/9sVwUK8JmM 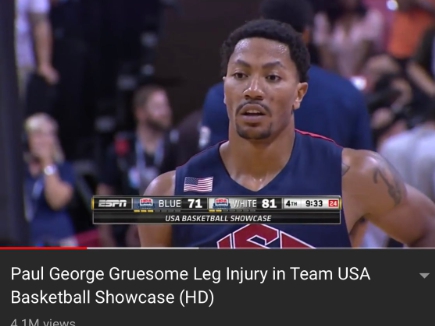 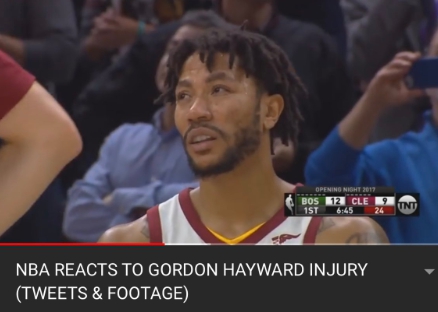 And here is Derrick Rose tonight at LeVert’s injury. 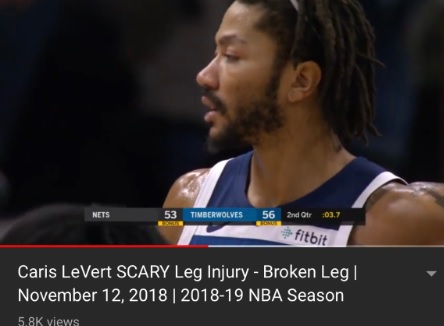 All three of the last horrific, visibly broken leg injuries for NBA players and one man was there for each one #conspiracy #nba #carislevert #derrickrose #gordonhayward #paulgeorge pic.twitter.com/nh8fDMSi87

Something very odd that I noticed. Derrick Rose has been ON THE COURT for every single one of these leg injuries… pic.twitter.com/Nl9TC1Xram

In other news, why is Derrick rose on the court every time an NBA player snaps their leg/ankle in half

Remind me to stay very far away from Derrick Rose.