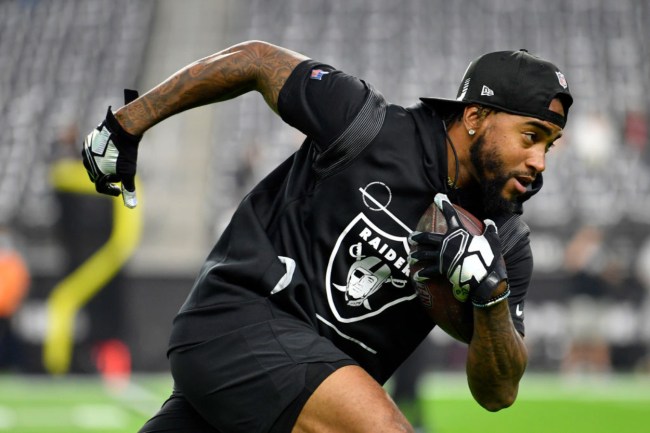 At the conclusion of the 2021 season, DeSean Jackson was set on returning for what would be his 15th NFL season in 2022. He’s had a few months to assess the situation, however, and now he’s hinting towards hanging up the cleats for good.

The three-time Pro Bowler recently sat down with Sports Illustrated and certainly sounded like a guy leaning more towards retirement than returning for another season.

“I’m not really sure if I’m going to play [in 2022] or not,” Jackson explained. “I know I announced it and said I was going to play, but it’s just really where I am at this point in my life, it’s got to be the right fit.”

DeSean Jackson Has 4 Teams In Mind

There is a common theme among those four teams: they all have elite quarterbacks.

“If the right situation calls, a great quarterback, not just a good [quarterback],” Jackson said of what he’ll potentially be looking for. “There’s a few teams [I’d play for]: The Chiefs may be one. The Browns. Russell Wilson in Denver. Green Bay.”

You certainly can’t blame Jackson for having a shortlist of teams with great quarterbacks that he wants to join. The speedy wideout has played for five different teams over his career and if he’s going to play a 15th season he wants a big-time gunslinger throwing him the ball.