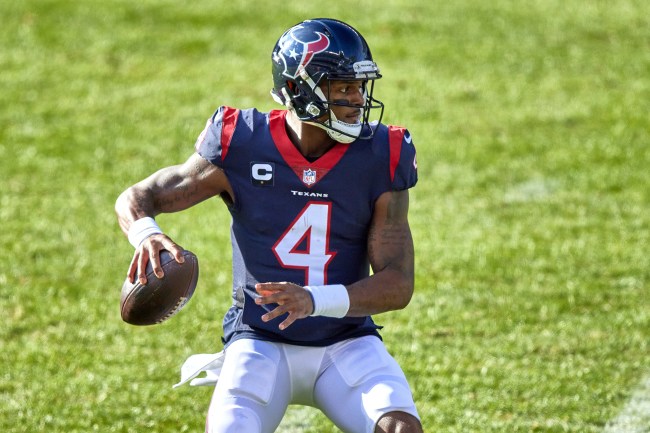 It seems like the writing is on the wall for Deshaun Watson in Houston.

As Watson faces 22 sexual assault lawsuits, the Texans decided to draft a QB in the third round of the draft on Fridau.

With the No. 67 overall pick in the 2021 @NFLDraft, the @HoustonTexans select QB Davis Mills!

According to ESPN’s Adam Schefter, many around league circles believe Watson will not play next season and there’s a possibility that his career is over.

Considering the outlook is bad for Watson, one Houston store has decided to put the QB’s jersey in the discount bin.

In Sugar Land, you can buy Deshaun Watson jerseys for half off. That’s pretty sobering. pic.twitter.com/Y4bAgZL7wl

It’s wild how quickly Watson’s status has fallen in Houston in just a few months.