Deshaun Watson’s Lawyer Shares Wild Quote About Happy Endings, What Makes Them ‘Not A Crime’ 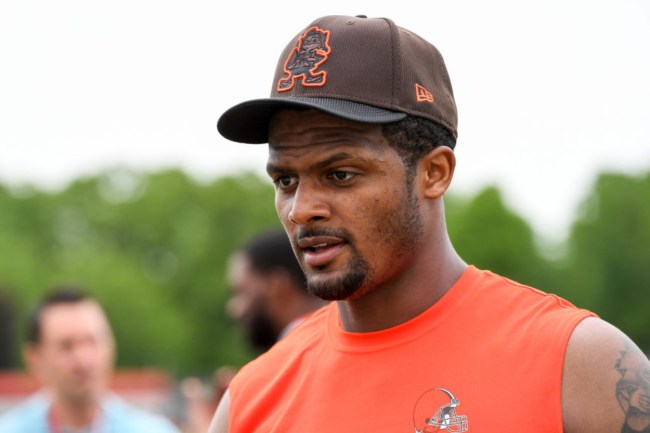 In fact, Hardin explained what makes happy endings “not a crime” in certain circumstances.

Hardin made his bold statement during a radio hit on SportsRadio 610 on Friday.

“I don’t know how many men are out there now that have had a massage that perhaps occassionally there was a happy ending. Alright? Maybe there’s nobody in your listening audience that that ever happened to,” Hardin began.

“Doing something or saying something or being a way that makes you uncomfortable is not a crime. And so we had two grand juries find that and nobody seems to want to listen.”

As Hardin points out, two grand juries in Texas have declined to pursue any criminal charges against Watson. Watson has vehemently denied all allegations, and based on Hardin’s statement, their interpretation of what makes a happy ending legal or illegal has been a part of their story.

The NFL has not handed Watson any sort of punishment up to this point. The league is holding its own investigation to determine whether or not Watson violated its code of conduct policy.