Deshaun Watson Is ‘Looking Forward To Moving On’, Ignores The Fact He’ll Likely Be Heckled And Booed For Rest Of His Career 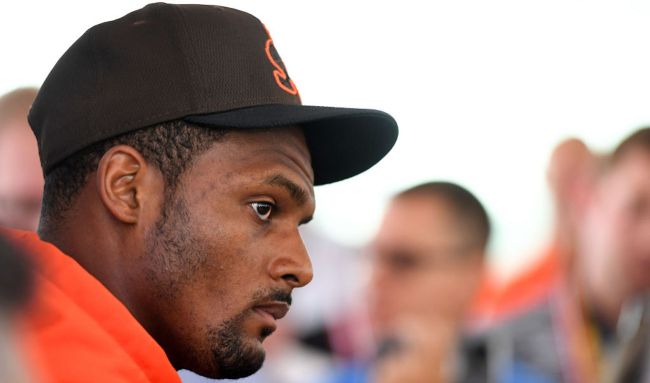 After months of back and forth between Deshaun Watson and the NFL, the player and the league have finally agreed on a deal: an 11-game suspension for Watson and a $5 million fine.

Perhaps unsurprisingly, Watson has said virtually all the wrong things following the announcement of the settlement, using phrases like “a lot of people that were triggered” while also maintaining his innocence despite his public apology.

Deshaun Watson says he’s “looking forward to just moving forward” with his career, forgets how fans will treat him

“I’ve always been able to stand on my innocence and always said I never assaulted or disrespected anyone but at the same point I have to continue to push forward with my life and career.” “For everybody that was affected by this situation. There were a lot of people that were triggered,” Watson told reporters when asked why he was apologizing.

Buried among Watson’s bizarre comments was his indication that he’s excited to “just moving forward with his career. This, however, shows a complete lack of understanding of NFL fans, who, much like the internet, simply don’t forget.

If the way he was treated by the Jacksonville Jaguars fanbase during a recent preseason game is any indication — the fans chanted “You sick f**k” at the controversial QB — then Watson will not be allowed to move forward past this ugly saga, at least while he’s playing on the road.

Given how intense the AFC North is, that guarantees at least three ruthless fanbases in Baltimore, Pittsburgh, and Cinncinati. There are also AFC South teams that will likely resent Watson from his days in Houston, including the Texans themselves. There’s also the general NFL fan, who — if the Jags game is any evidence — will likely root against Watson, too.

RELATED: Cleveland Browns’ Owner Jimmy Haslam Is Getting Destroyed For His Comments About Deshaun Watson