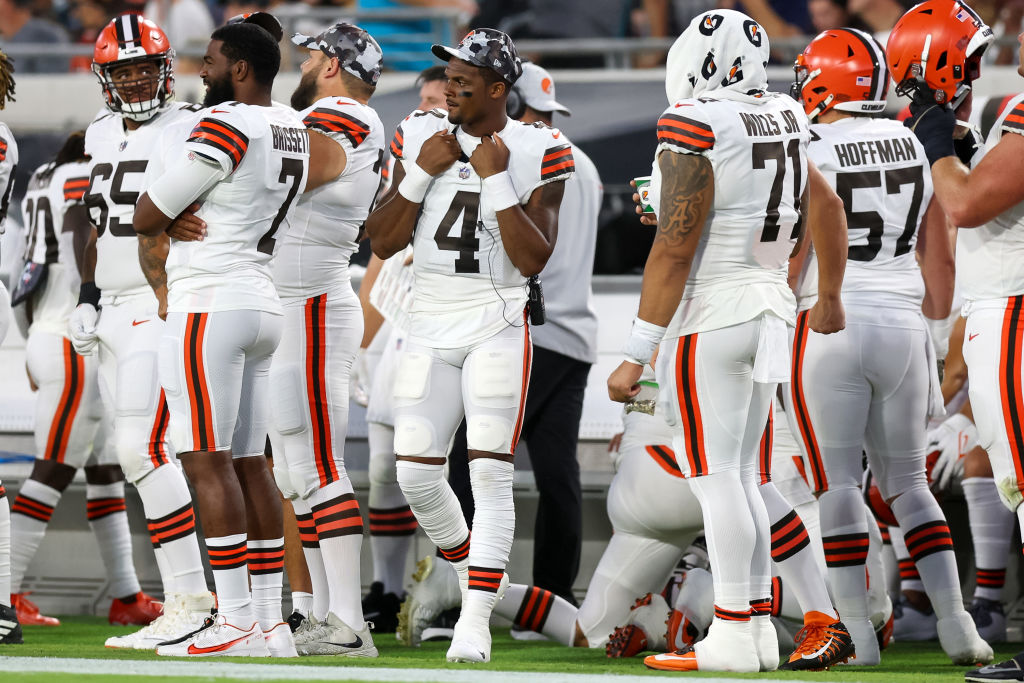 Deshaun Watson played his first game in nearly two years on Friday night, and Jaguars fans let him have it.

As soon as Watson entered the game he was welcomed with loud boos from Jags fans.

Deshaun Watson is getting heavily booed when he's on the field..pic.twitter.com/L8vSjUikfv

At one point in the game, Jags fans could be heard chanting “you sick f***” at Watson, who faced nearly two dozen sexual misconduct allegations in the past two years.

Jaguars fans welcome Deshaun Watson back to the NFL with a “You Sick Fuck” chant pic.twitter.com/9xC8WTNO2B

Watson went 1 for 5 passing for only 7 yards in the brief time he played for the Browns on Friday, and I’m sure Jags fans were happy to see him struggle.

Deshaun Watson's night is over. He goes 1/5 for 7 yards. Those 7 yards were all the offense was able to do on 3 drives.

First pass for Deshaun Watson as a Brown? overthrow. pic.twitter.com/c72GrhYLq5