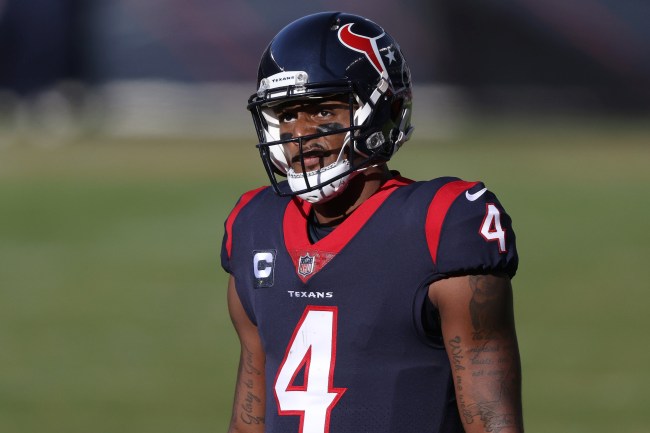 It seems like the trade market for Deshaun Watson has cooled off because teams are not sure what Watson’s future holds due to his sexual assault allegations.

On Tuesday night, NFL insider Benjamin Allbright revealed that he had spoken to several teams who were previously interested in Watson and they’re reportedly “moving on without him” in their plans for the time being.

Talked to more than one team who had previously been interested in Watson, and they're moving forward without him in their plans at this point.

"For us it's a football decision. We don't know about guilt, but we know this won't be wrapped by the draft…"

Watson is currently facing 16 sexual assault lawsuits that could soon be turned over to the police.

Two more civil lawsuits alleging inappropriate conduct and sexual assault have been filed against Deshaun Watson, bringing the total to 16.

Tony Buzbee on IG: 'Our team will be submitting affidavits and evidence from several women, who had experiences with Deshaun Watson, to the Houston Police Department and the Houston District Attorney from our clients, on Monday morning.' Says request for grand jury will be made

The NFL has stated there investigating whether Watson violated the league’s personal conduct policy which could lead to a suspension.

An update: NFL spokesman says now that "the matter is under review of the personal conduct policy."

Watson has denied all allegations made against him.