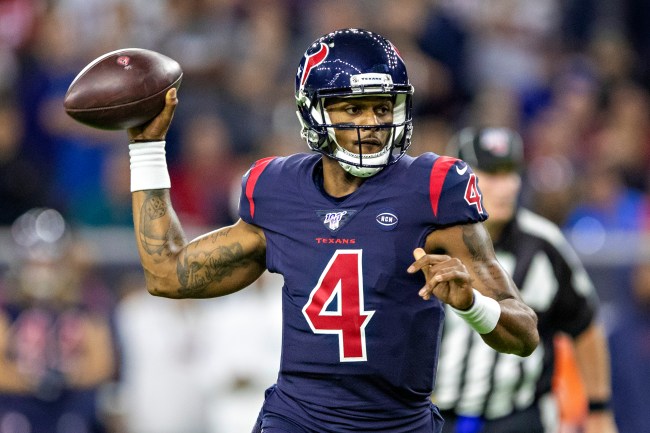 Deshaun Watson appears to be dead set on not playing another snap for the Houston Texans.

Last week ESPN reported that Watson had requested a trade from the team a few weeks ago after falling out with Texans owner Cal McNair.

Watson made the request to the team weeks ago, sources told ESPN.

During Monday’s edition of PFT Live, NFL analyst Chris Simms revealed that someone he trusts told him that Watson would not play for the Texans ever again and that he’s willing to sit out the entire season if he has to.

If Watson chooses to sit out next season it’ll cost him $620k a week and over $10 million in salary for the year.

As of now, the Texans have remained adamant that they have zero interest in trading Watson.