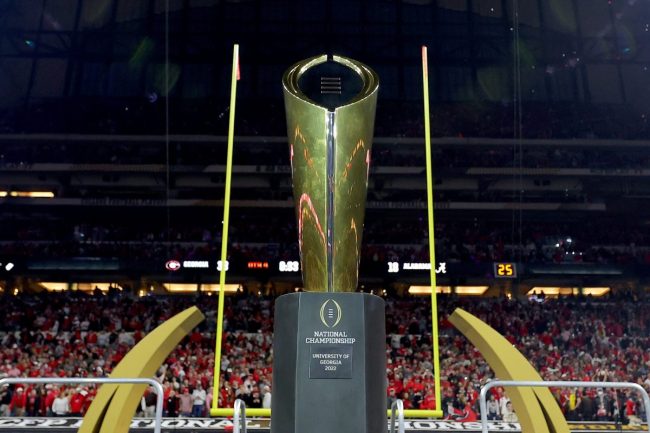 The season officially began Saturday with Week 0 getting underway. With the return of college football came the season debut of the popular pregame show College GameDay.

While previewing the upcoming season, the program’s hosts gave their predictions for the four teams that will make the playoff, as well as their eventual champions.

Former Heisman winner Desmond Howard is getting mocked for his final four.

Desmond Howard gave a CFP prediction of Michigan, Texas A&M, Baylor, and Pittsburgh. Of those four squads none are projected to win their conferences titles, let alone compete for a national championship.

Now, there’s nothing wrong with picking an upset or surprise team. But choosing four is a bold strategy.

While many can at least justify Howard’s pick of the Wolverines, the other three programs are off the wall. In the ACC, most see Clemson returning to prominence, though NC State and Miami could make things interesting. It’s expected to be an Oklahoma-Texas race in the Big XII, though Baylor did win the league last season. And sure, the Aggies brought in the No. 1 recruiting class, but in the SEC, it’s all Bama.

So, seeing Howard place each of these four teams in the playoff caused a reaction on social media.

If this turns out to be true, Howard might want to try his luck at the lottery. More likely than not, though, all four of these teams will be on the outside looking in come playoff time.