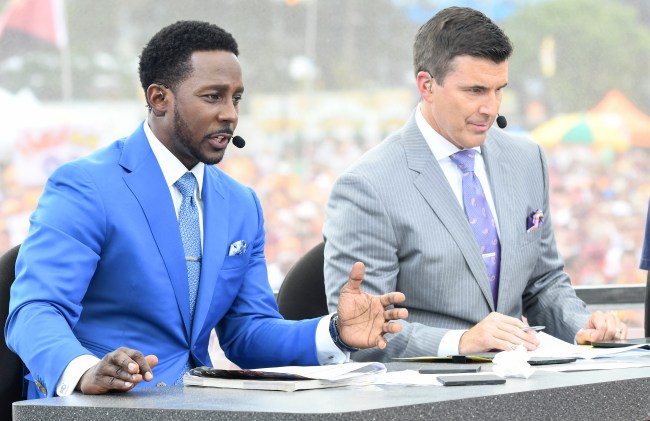 The 2021 college football season comes to a close on Monday as Georgia looks to get its revenge on Alabama. Ahead of the College Football Playoff National Championship, College GameDay’s Desmond Howard shared his thoughts on the game.

In an exclusive interview, the former Heisman Trophy winner talked about what it will take for the Bulldogs to beat the Tide and why he could see them losing again. It is a completely different game than it was in Atlanta.

Ahead of the SEC Championship game, Howard picked UGA.

“This team has been consistent the whole year. I don’t see any reason why Georgia can not win this game.”

His pick in December came based on what the picture looked like at the time.

“At the time, Georgia was undefeated and Georgia was yielding less than eight points per game defensively,” he said. “The flipside is— Alabama didn’t look great. Against Arkansas, it was a one-score game. They couldn’t pull away from Arkansas and I thought they would just handle Arkansas.”

“And then a few weeks later, they played the Iron Bowl, and again, they didn’t look great offensively. It took them four overtimes to beat Auburn, which isn’t really a great Auburn team by any stretch of the imagination.”

“Nobody would have expected that. Nobody would have taken that bet, that Alabama would score five-straight times against one of the best defenses we have seen in a long time. But they did it!”

Ahead of the CFP National Championship, Howard has new information that changes the picture.

“This time, I could see Georgia losing. Mentally, they might not be able to get over that Nick Saban hump. I’m not sure, they could lose!”

“So that’s the big difference in this game, and it’s going to be interesting to see how they approach defending Alabama’s offense, especially Jameson Williams. He could be the difference on Monday.”

Will Howard stick with the Dawgs? Will he change his tune and go with the Tide? We will have to wait and see on Monday.

Before the National Championship kicks off on Monday, enter to win a trip to next year’s game!

To celebrate, Modelo is doing a few things:

Here is what Howard had to say about the partnership: