Desmond Howard Discusses Who Wins A National Championship Mascot Battle, If A Hot Dog Is A Sandwich 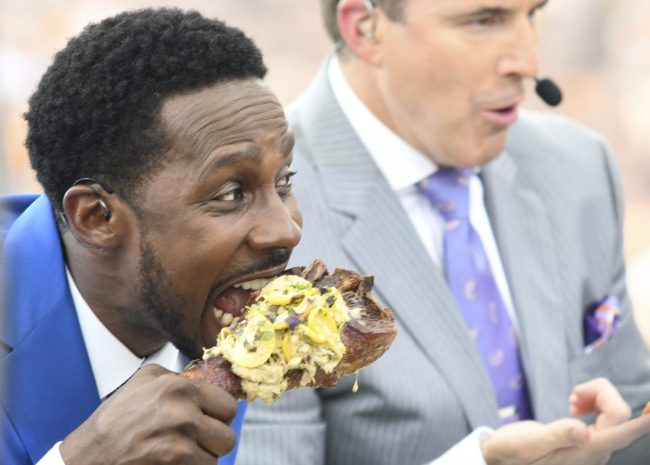 Ahead of the College Football Playoff National Championship Game quickly approaches, former Heisman Trophy winner Desmond Howard is getting ready to make his pick. He recently spoke with me about a variety of different topics.

After choosing the Bulldogs to beat the Tide back in December, Howard shared what he thinks about the SEC Championship rematch. While he can definitely see Georgia losing this time, he says that it could come down to one particular matchup.

In addition to our conversation about the game, we also talked about two very important things. In fact, it may be the most paramount discussion he has ever had.

One of the topics of which was whether Alabama or Georgia would win in a mascot battle. However, there was an interesting twist to the question.

Because we both agreed that an elephant (Big Al) would beat a bulldog (Uga) 99.99% of the time, I gave it a unique spin—

Who would win in a fight: 100 bulldog-sized elephants, or one elephant-sized bulldog?

After doing the hypothetical math, although I disagree, I can understand where Howard is coming from. 200 tiny tusks could prove to be difficult to overcome. However, would an elephant-sized bulldog not be able to stomp all over the elephants? Would his teeth not prove too deadly?

I’m going with the elephant-sized bulldog. Give me, in true Lee Corso style, the Uga head.

Our second topic of debate is one that I have brought up many times before. I have asked Tomi Lahren, Dylan Efron, JuJu Smith-Schuster, Matt Luke, A.J. Brown, and countless others this extremely divisive question—

Is a hot dog a sandwich?

Here is what Howard had to say:

I am in agreement, here is why:

After years of expansive fieldwork, intense research and inclusion of outside experts such as (but not limited to) Nathan’s, Oscar Meyer, multiple MLB & MiLB organizations, and THE Joey Chestnut, the answer is definitive…

A hot dog is not a sandwich. Let me explain: pic.twitter.com/QkNotDO2w6

A hot dog is not a sandwich.