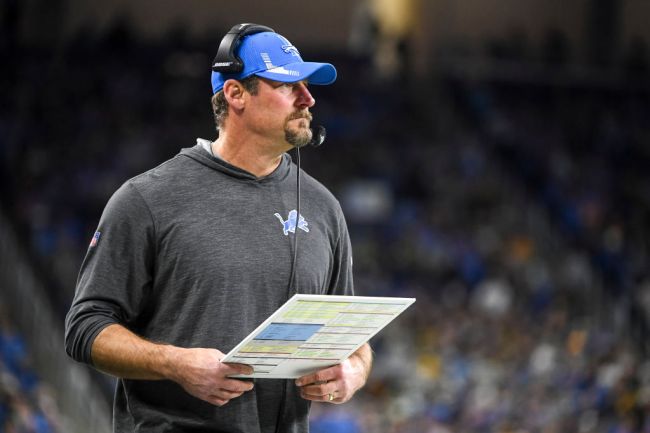 The Detroit Lions have a chance to truly begin turning around their team this month. They hold the 2nd, 32nd, and 34th picks in the NFL Draft and plenty of holes in their roster to fill.

That’s a lot of draft capital to try and fix a team that is about to pick in the top 10 for the 4th consecutive season. However, with all of that capital, they still need to make sure to get this draft right.

According to head coach Dan Campbell, the Lions have one requirement for pick 2 to make sure that happens.

Campbell on No. 2 pick: “You want a guy who can come in and he’s a Day 1 starter. That’s really what you’re trying to acquire. You’d like to think by the time you hit your first game this player is staring for you and he’s going to be able to produce."

This should make one thing an absolute certainty. If the Lions want a Day 1 starter with the second pick in the draft, then they definitely aren’t taking a quarterback with the pick. There isn’t one in this year’s draft that would be expected to start over Jared Goff right off the bat.

That will leave one of Aidan Hutchinson, Kayvon Thibodeaux, and Travon Walker. Evan Neal will also be available, but the Lions have one of the league’s strongest offensive lines already.

This statement could also narrow down which of the edge rushers the Lions will take. Kayvon Thibodeaux would likely be the most ready to start on day 1, especially if Hutchinson is pick 1.

No who they pick, at least the Lions seem to have a plan for this draft.