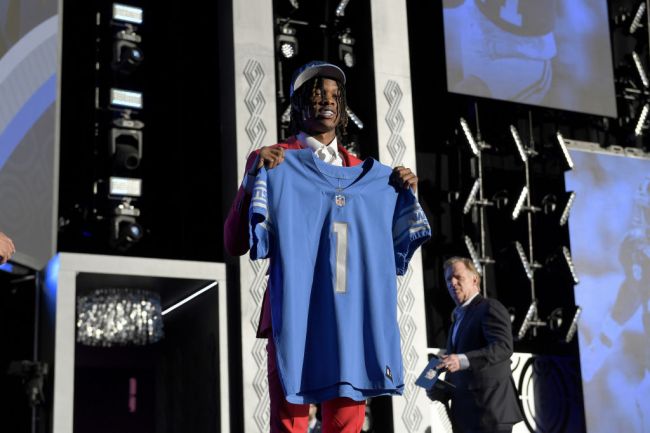 It looks like Detroit Lions fans are going to have wait a little while before they get to see their team’s newest offensive weapon in action.

Following the NFL Draft, there were questions about when Jameson Williams would be ready to join the Detroit Lions. He had torn his ACL in the championship game of last season’s College Football Playoff.

Until recently, all fans knew for sure was that Williams wouldn’t be available for Week 1. Today, the Lions made a decision that would keep him out for a lot longer than just Week 1.

According to NFL insider Tom Pelissero, the Lions are planning to to move Williams to the Reserve/NFI list.

The #Lions are moving rookie WR Jameson Williams to the Reserve/NFI list today, per source.

This was always the plan for Williams, the first-round pick who suffered a torn ACL in January’s national championship game. The hope is he’ll be ready to play around midseason.

Williams hitting the Reserve/NFI list will guarantee that he doesn’t appear in any of the team’s first 4 games, but according to this report, the plan isn’t for him to be back until the middle of the season.

The Lions were so sure that Williams was the right fit for their squad that they traded up 20 spots to get him back in April. If they did that knowing that they wouldn’t see him take the field until the middle of his rookie season, that shows a ton of confidence in his ability.

Williams gave the Lions plenty of reason to buy in on that ability during his only season at Alabama, racking up 1572 yards and 15 touchdowns.

Whenever he does return, Williams will provide a major boost to a Lions offense that struggled throughout last season.