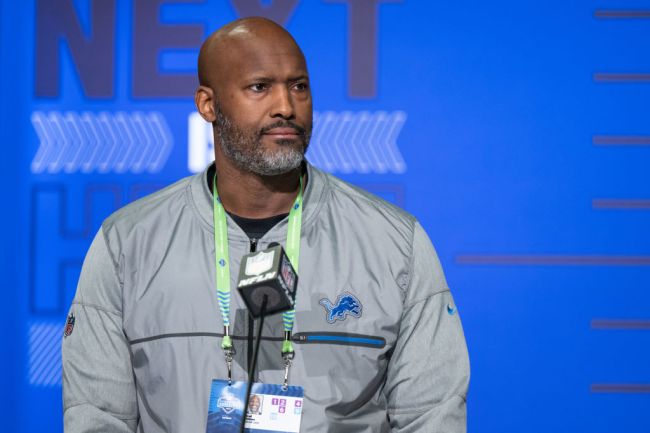 Football fans could be in for quite the surprise on the night of this year’s NFL Draft. After months of seemingly having no interest in making a move at quarterback, the Detroit Lions might change that stance after all.

Their current starter is Jared Goff, who they took on in the Matthew Stafford trade seemingly as a place holder and to secure extra draft capital. Then he played well enough last season that it seemed the Lions would give him a second year as the starter as they waited for the 2023 draft class to select his replacement.

There were no reports of them trying to land a replacement this offseason and there had been no real links between them and any of the draft’s top QB prospects.

It would appear that is no longer the case. According to NFL Network’s Tom Pelissero, the Lions are hosting a visit with just one quarterback before the draft and that QB is Kenny Pickett.

One of the #Lions’ final pre-draft visits next week will be with Pitt quarterback Kenny Pickett, per sources.

It’s the only known QB visit for Detroit, which owns three of the top 34 picks, including No. 2 overall. Continuing due diligence on top prospects.

If the Lions are seriously considering drafting a quarterback to replace Jared Goff this season, it’s surprising that they would only host a visit with one. There is no real consensus top QB in this draft and many don’t believe there is one deserving of a top 5 pick.

Maybe this is an indication that the Lions are looking to move back as had been reported a couple of weeks ago. A move back would make drafting one of this year’s quarterbacks a more appealing option and would mitigate some of the risk associated with this class.

It is unclear if Kenny Pickett could be the franchise quarterback the Lions are looking for, but it looks like he’s the only quarterback in this class that they believe has a chance to be.