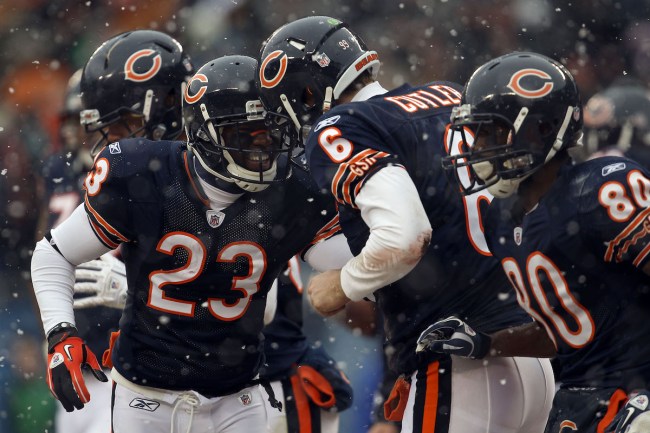 In the pantheon of all-time NFL special teams players, Devin Hester’s name resides around the top, with the former kick/punt returner being the best at his job in league history. Holding the NFL record for the most return touchdowns (kick and punt combined), as well as the all-time record for most punt returns TDs, there’s no denying Hester changed the way teams approached the simple act of kicking and punting. Point blank: He was lethal with the ball in his hands.

While best known for impacting the game on special teams, there was a time when Hester was looked at as more of a playmaker, with the Chicago Bears even making him their No. 1 receiver in the 2009 season. That also happened to be the year the team acquired quarterback Jay Cutler, who was a former first round pick believed to be the right guy to elevate Chicago’s offense.

Unfortunately, it didn’t really go as planned. And although there were a lot of reasons for that happening, Devin Hester recently said it was Cutler’s lack of leadership that prohibited Da Bears from ever taking that next step.

Recently joining Bleacher Report’s Master Tesfatsion on its “Untold Stories” series, Hester slammed Cutler’s skills as both a leader and communicator, saying they’re the worst he’s ever seen. That’s contrary to the former quarterback’s skills, which Hester claims to be the best he’s ever seen from a teammate.

Talk about some serious Jekyll and Hyde, huh? It’s wild to think Devin Hester sees Cutler as, arguably, the most talented passer he’s ever played with, but the worst at rallying a team. It goes to show how important that trait matters in the NFL, and why it can make or break a quarterback.

In addition to Hester slamming Cutler’s lack of leadership skills, he also told a hilarious story about a side bet he once made in practice with Julius Peppers, talking about how many times the quarterback would throw to wide receiver Brandon Marshall. As the story goes, Marshall once laid into Cutler, criticizing him and taking credit for making him a Pro Bowler. Seeing this, the punt/kick return specialist — who had already been converted to wideout at this point — saw the opportunity to throw some money down on a little bet to see how many times Cutler would throw to Marshall. Hester said it happened an insane 21 straight times. (Editor’s Note: Story starts at 2:30 mark)

Jay Cutler is the worst leader Devin Hester's been around.

As Devin Hester tells it, all he and Peppers could do was laugh after seeing Cutler play favorites. And while Hester praises the passing ability of his former quarterback — and even made a little cash off of him from a side bet during practice — it sure as hell doesn’t sound like he’d want the guy leading him into battle given his terrible skills in that department.