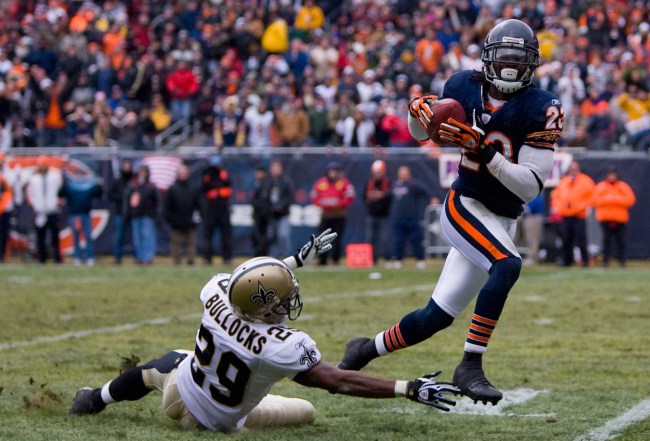 He was one of the most electric players ever to grace a football field and someday hopes to be inducted into the Pro Football Hall of Fame.

Hester won’t be eligible for the Hall of Fame until 2022, but even if he doesn’t get the call, if his 6-year-old son Drayton Hester continues on his current path in football, he might just give the family another shot at the honor someday.

“Great day Dray at Top 100 central Florida camp, all your hard work is starting to pay off. Now we see what you can do, but for me my job is to make sure the next time you see him. It’s a lot better then the first,” Hester wrote.

“Draaaayy-Day starting to come out his shell now!!!” wrote Hester alongside another video of his son at the camp on which someone superimposed the words “Ankle Bully.”

Soooo, is it too early for the Bears to sign him? Just wondering…