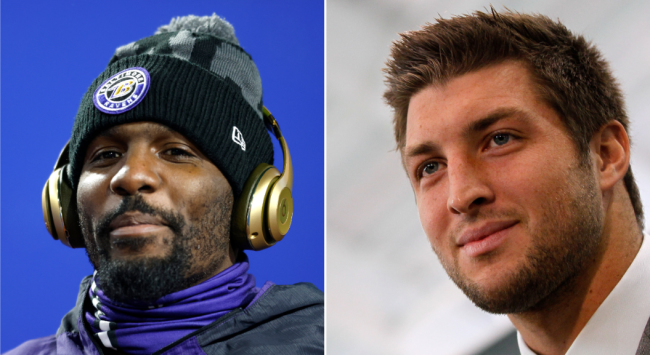 On Monday afternoon it was revealed that Tebow was being signed by the Jacksonville Jaguars to play tight end despite not having played in the NFL since 2012.

The #Jaguars are planning to sign QB-turned-TE Tim Tebow to a 1-year deal, per me and @TomPelissero, a deal that could be official in the next week or so. Nothing done yet. But he’ll have a chance to make the team to reunite with his mentor and college head coach Urban Meyer.

Bryant, who is currently struggling to find himself on a roster next season, reacted negatively to the news of Tebow’s signing.

Bryant says he’s not angry at Tebow himself but at the politics behind his signing.

I knew I would get your attention so read this pic.twitter.com/TX9kr1ny95