DFS Mastermind: Smart Picks At Every Position To Prime You To Make Money On NFL Week 10 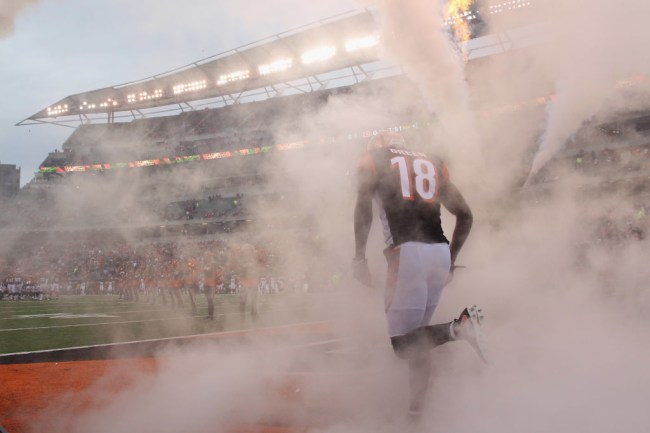 After watching Big Ben and the Steelers thrash the Panthers Thursday night, week 10 has officially kicked off. Let’s dive in and see how we should attack this week’s slate on DraftKings.

QB
It’s a pretty interesting week, as there are several great plays at running back, and who you play at running back is going to be dictated by what you decide to do at Quarterback. At the top of the food chain, as always is Patrick Mahomes at $7200. The Chiefs have an implied team total of an insane 33 points, so Mahomes should smash in this spot. The only problem is, his salary is so high, it’s going to hinder what else you can do. In the mid range, I am going to focus on Phillip Rivers against the abomination that is Oakland at $6000, and Aaron Rodgers at only $6400. Both should have excellent floors for cash games. If you are looking to save as much money as possible, there are some intriguing plays on the low end. My eyes keep wandering over to Marcus Mariotta at only $4700. He’s been extremely disappointing this year, but he’s had some major issues with an injury to his throwing hand, and hasn’t been able to feel the ball well. Reports are out, that the injury is much better, and I think Mariotta proved that last week against the Cowboys, putting up 24 DK points. Last year against the playoffs Mariotta was able to put up 21 DK points against the Patriots, this week’s opponent. I like him in cash games this week.

RB
So many good plays this week at running back, are going to provide some really tough decisions. Todd Gurley as always, is the cream of the crop for the week. The Seahawks defense has been better than expected against the pass this week, so I am counting on Gurley having a big day at $9400. Melvin Gordon is only 400 less than Gurley, and makes for a great pivot in tournaments from Gurley who will be way more owned than him. He should feast against the Raiders. Kareem Hunt should be a very chalky option in cash games at $8500, as the running back for a team that is at home as a 16 point favorite. Joe Mixon will be lesser owned than Hunt, but is in a great spot, as with no AJ Green he should see an increase in targets as well as the majority of the carries. Dion Lewis looks to be very chalky this week in a revenge game against the Patriots. He’s taken complete control of the Titans backfield, and his price hasn’t adjusted and is only at $3900. With the projected carries he should see, coupled with the best way to beating the Patriots being attacking their linebackers with pass catchers out of the backfield, Lewis should put together a fine day for a cheap price. An off the board play could be Mark Ingram at $4500 who has been disappointing weekly. However, with Drew Brees and the Saints on the road, and Brees historically way worse on the road than at home, I look for the Saints to rely on the run a bit more than usual.

WR
There aren’t a ton of “jump off the page” wide receivers for this week. Tyler Boyd is priced way up but has a great matchup at $7500. Keenan Allen is 400 cheaper than him, and also has a fantastic matchup, and has been a second half player year after year. Kenny Golladay and Marvin Jones should have a game script that forces the Lions to be throwing, and with prices in the low 5k, they should bounce back from underwhelming weeks. If you are looking for some salary relief, I have my eye on Maurice Harris of the Redskins. The Redskins are decimated by injuries, and last week Harris stepped up, receiving 12 targets and converting them to 10 catches for 124 yards. Now he gets the worst pass defense in the league, so at $3900 I like him as a salary saver.

TE
As usual, I’ll be looking to pay down at tight end. Travis Kelce is in a great spot, there is no doubt about that. He costs a whopping $7000 this week, but he should crush the Cardinals, who are historically poor against tight ends. That being said, he is not expected to be highly owned, because of the way rosters will be constructed this week. He’s a fantastic tournament play, but I won’t be able to afford him in cash games. Instead, I’ll be focusing on cheaper options. Ricky Seals-Jones is a solid tournament play at $3000 after running a season high routes run last week after the offensive coordinator change. Austin Hooper looks like a nice play to me at only $3800 against a Browns team historically poor versus tight ends. Lastly, I like Chris Herndon for the Jets at only $3100. He’s cheap, and has seen 4 productive weeks in a row.

DEF
The week always starts with a question. Who are the Bills playing, and is Nathan Petermann starting? Derek Anderson has been ruled out, and Josh Allen has been limited in practice, so the answer is trending to yes, and the Jets. So if Petermann plays, I’ll have a lot of exposure to the Jets at $3400. I also like the Chiefs at home vs the Browns at $3300, the Rams for savings at $2400 against a porous Seattle offensive line, and the Packers at $3100 at home against Brock Osweiler.

Good luck this week, any questions, hit me up on twitter @kevdudz