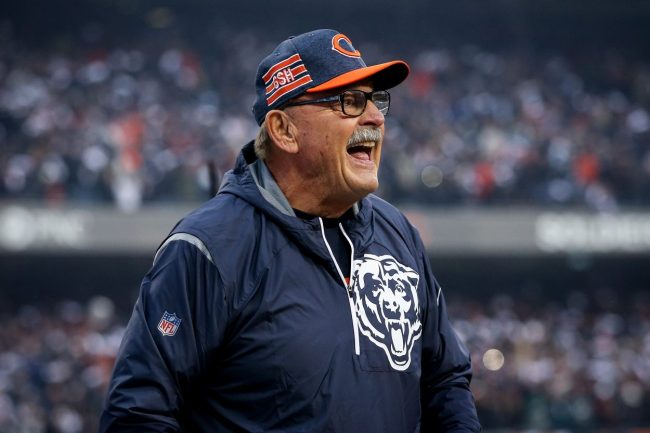 Richard Marvin Butkus, better known as Dick, is one of the greatest linebackers of all-time. He was a two-time NFL Defensive Player of the Year, a five-time All-Pro selection, eight-time Pro Bowler and an NFL and College Football Hall of Famer.

After retiring from football, Butkus became a sports commentator and an actor. Now he is absolutely BODYING dudes on Twitter.

The 79-year-old was awarded a blue checkmark on Friday, which makes him officially verified on the app. He immediately turned around and used his platform to first take a shot at Aaron Rodgers.

It appears as though Butkus believes that his newfound internet validation should give him the authority to kick people off of the platform. He began with Packers quarterback Aaron Rodgers, who is the Chicago Bears’ kryptonite in recent years.

Butkus, of course, played for the Bears throughout his entire eight-year career.

Not long thereafter, Butkus absolutely roasted an innocent bystander. In response to his tweet about Rodgers, a fan said that he still wears Butkus’ jersey that he has had since he was a kid.

Buktkus absolutely flamed him. Out of nowhere, one of the greatest linebackers of all-time jumped from the top rope.

He mocked the fan, who is still wearing a jersey from childhood, for still fitting.

sorry you are still trapped in a kids body

Within minutes of being verified, Butkus came out firing two shots and did not miss. And as ruthless as he is online, he was even more vicious on the gridiron.

Putting him on the second level against Rodgers would be a sight to see. For now, Twitter beef will have to do.